Critical meeting of the Commission on Vaccines - St. Kyriakidou: I call on AstraZeneca to be consistent 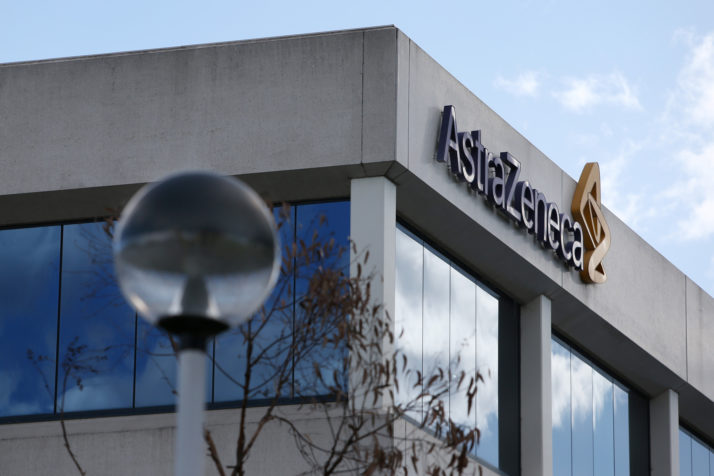 At 7.30 am Greek time, the competent Commission of the Commission meets in Brussels on the adequacy of vaccines against COvid-19 and the controversy that has arisen with the pharmaceutical companies Pfizer and Astra Zeneca after their announcement for a drastic reduction in the supply of vaccines in its first quarter. 2021.

The Swedish-British pharmaceutical company AstraZeneca has been invited and is expected to attend the meeting. Ahead of the meeting, Health Commissioner Stella Kyriakidou said "I call on AstraZeneca to be consistent, to rebuild trust between us, to provide all the information and to fulfill its contractual, social and moral obligations".

"The 27 Member States of the European Union are united in the fact that AstraZeneca must fulfill its commitments in our agreement", stressed the European Commissioner for Health, Stella Kyriakidou and added that "the pharmaceutical companies that produce vaccines have moral, social responsibilities and contractual responsibilities, which they must abide by ".

At the same time, he pointed out that "AstraZeneca's view that it is not obliged to make deliveries, because we signed an" best effort "agreement is neither correct nor acceptable", while noting that "companies should not have illusions that the EU does not have the means to know what is happening ".

AstraZeneca confirmed the appointment with the EU

Earlier, the pharmaceutical company AstraZeneca denied that it refused to attend a meeting with the European Union. "We will meet with the European Union later today," a company spokesman said in a statement. Austrian Health Minister Rudolf Anschober said earlier that the company had postponed until Thursday the negotiations on the reduction of Europe's supply of vaccines.

AstraZeneca, which announced that vaccine shipments would be lower than forecast for the first quarter of the year due to declining production, was already summoned twice on Monday to give explanations to representatives of EU member states and the European Commission. The explanations were considered "unsatisfactory" and a new meeting is scheduled for today.

The European Medicines Agency (EMA) will deliver an opinion on Friday approving the AstraZeneca vaccine in the European Union.

On Wednesday afternoon, the competent Commissioner for Health, Stella Kyriakidou, responded to the CEO of the British-Swedish company, characterizing as wrong the claim that the pharmaceutical company is not legally obliged to deliver vaccines to the EU on the basis of a specific timetable. which caused "deep dissatisfaction in the Member States".

Ms. Kyriakidou also mentioned that there are two factories in the United Kingdom from which the European Union has the right to procure its vaccine AstraZeneca.

"The 27 Member States of the European Union are united in that AstraZeneca must fulfill its commitments to our agreement ", stressed the European Commissioner and added that" pharmaceutical companies, which produce vaccines, have ethical, social and contractual responsibilities, which they must observe ".

He further added that "[AstraZeneca] 's view that it is not obliged to make deliveries because we have signed an' best effort 'agreement is neither correct nor acceptable", noting that "companies should not have illusions that the EU does not have the means to know what is happening».

Brussels disputes the explanations given by the CEO of the company Pascal Sorio in the context of yesterday's interview in European media.

"The British agreement was concluded in June (2020), three months before the European agreement… London demanded that supplies from the British supply chain be made a priority for the United Kingdom," Pascal Sorio said in an interview.

The pre-order contract signed by the European Union in August for up to 400 million doses of the AstraZeneca / Oxford vaccine, "states that British plants are an option for Europe, but later," said the French CEO of AstraZeneca.

In an excerpt published by the Italian newspaper La Repubblica, he insisted: "We are in no way bound by the EU; it is not a contractual commitment. We said: we will do the best we can, but without a guarantee of success ".

"The European Union wanted more or less the same installments as the United Kingdom, and they signed three months later. So we said: we will do our best, but we will not commit ourselves conventionally ".

His remarks provoked a backlash from Brussels: "We are challenging a number of elements of this interview, including the idea that the production of the British factories will be intended to supply the United Kingdom. "It is not accurate," a European Union official told AFP.

For the idea that "the best will be done": the contract provides for the existence of additional production possibilities. "If there is a problem in a factory in Belgium, we can resort to the possibilities of other factories in Europe and the United Kingdom," the European official insisted.

For Pascal Sorio, the "production" difficulties observed in the European production unit are explained by the delay in relation to the United Kingdom: the group partners must "learn" the production process.

"They were not as effective as the others… It really is not accidental. "There is nothing mysterious about it," he said.

The Ministry of Health announced today that until midnight yesterday Monday, eight cases of SARS-CoV-2 were confirmed, compared to 19 the previous year, without being recorded ...
Read more
WORLD

US diplomacy, which submitted a new, ambitious proposal for peace in Afghanistan to the authorities in Kabul and the Taliban, called yesterday Monday ...
Read more
COVID-19

The Brazilian Ministry of Health announced yesterday Monday that in the previous 24 hours another 987 patients with COVID-19 succumbed, a development that increased ...
Read more
ECONOMY

The Mexican Ministry of Health announced today that in the previous 24 hours 319 patients succumbed to Covid-19, with the report of the pandemic of ...
Read more
WORLD

8.100 active cases and 1.579 admissions to Attica hospitals in the first week of March were announced by EODY. The pressure on the National ...
Read more