Despite the increase in cases, high schools and lyceums will open on February 1 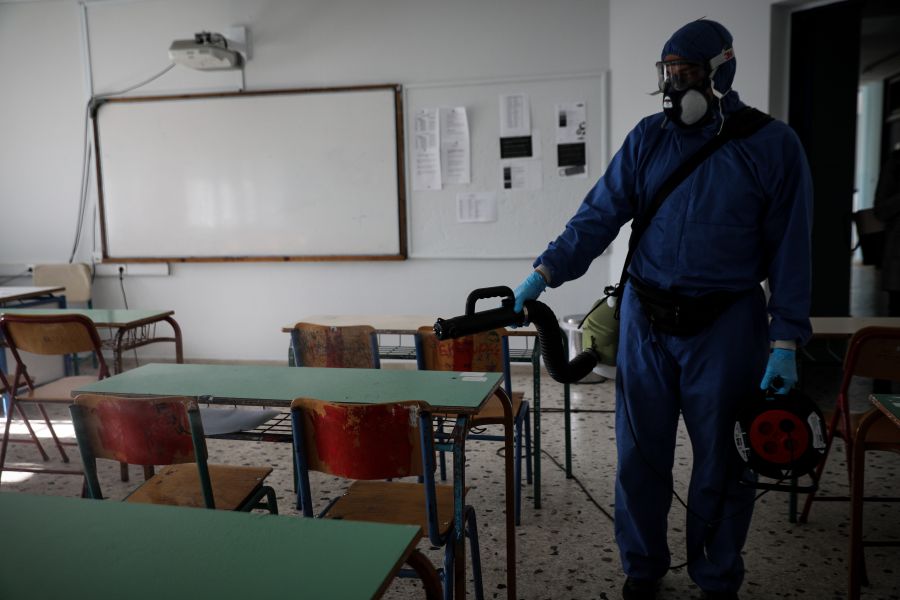 The government and scientists are concerned about the increase in cases, especially in Attica, and the coronavirus mutations, however the decision to open high schools and lyceums is final and the government plans to return secondary school students to the classrooms. their does not seem to change.

According to information and sources from the Ministry of Education, the increase in cases does not seem to change the government's plans for the opening of Gymnasiums and Lyceums on February 1, provided that in the next two days there will be no sharp and dramatic increase in cases or of piping. Infectious disease specialists are worried, but they had predicted an increase in cases after the market opened. In fact, the increase they expected was greater, while they point out that the high number of new infections resulted from a large increase in the number of tests. In fact, compared to the previous two measurements, the cases on Tuesday recorded a marginal increase, for which, according to experts, retail or the increase of consumer mobility is not considered responsible.

In any case, due to delays in vaccination of the population, if there is a sharp increase in cases and patients admitted to the ICU, it is possible that the committee of scientists will meet and reconsider the schedule of withdrawal of activities. However, it is considered very difficult not to open high schools and lyceums on the first of February, as previously announced.

Earlier, the professor and member of the Infectious Diseases Committee left open the possibility of overturning the decision to open secondary education next Monday. Charalambos Gogos, speaking on SKAI radio. As he said, "the decision has been made, but it is possible that it will change if things get worse. We will see the data of the week on Friday to finalize the opening of the schools from Monday ".

Retail Opening March 22 - How the Market Will Work - Catering Plans

In a gradual opening of the economy from March 22, the government is pre-oriented, preparing the steps for the return to the new normalcy. The first step will be ...
Read more
COVID-19

The Lebanese Ministry of Health announced yesterday Monday that in the previous 24 hours 2.283 cases of SARS-CoV-2 were confirmed, with the number of people ...
Read more
WORLD

The death toll from a fire that broke out Sunday at a refugee detention center in Sanaa, the capital of Yemen, has risen to XNUMX, ...
Read more
COVID-19

More than 700.000 deaths due to COVID-19 have been recorded in the region of Latin America and the Caribbean since the outbreak of the pandemic ...
Read more
WORLD

A Swedish court sentenced a thirty-year-old woman to three years in prison on Monday because she kidnapped her young son and took him with her to an area ...
Read more
984

The AstraZeneca vaccine will be given to people over 65, as announced by the President of the National Vaccination Committee, Emeritus Professor Maria ...
Read more
WORLD

Colombia: More than 11.000 people have already been displaced by the conflict this year

More than 11.000 people have been forced to flee their homes due to clashes between armed groups in Colombia this year, a number that equates to seven ...
Read more