The "Monument of Zalongos" by George Zongolopoulos at the SNFCC 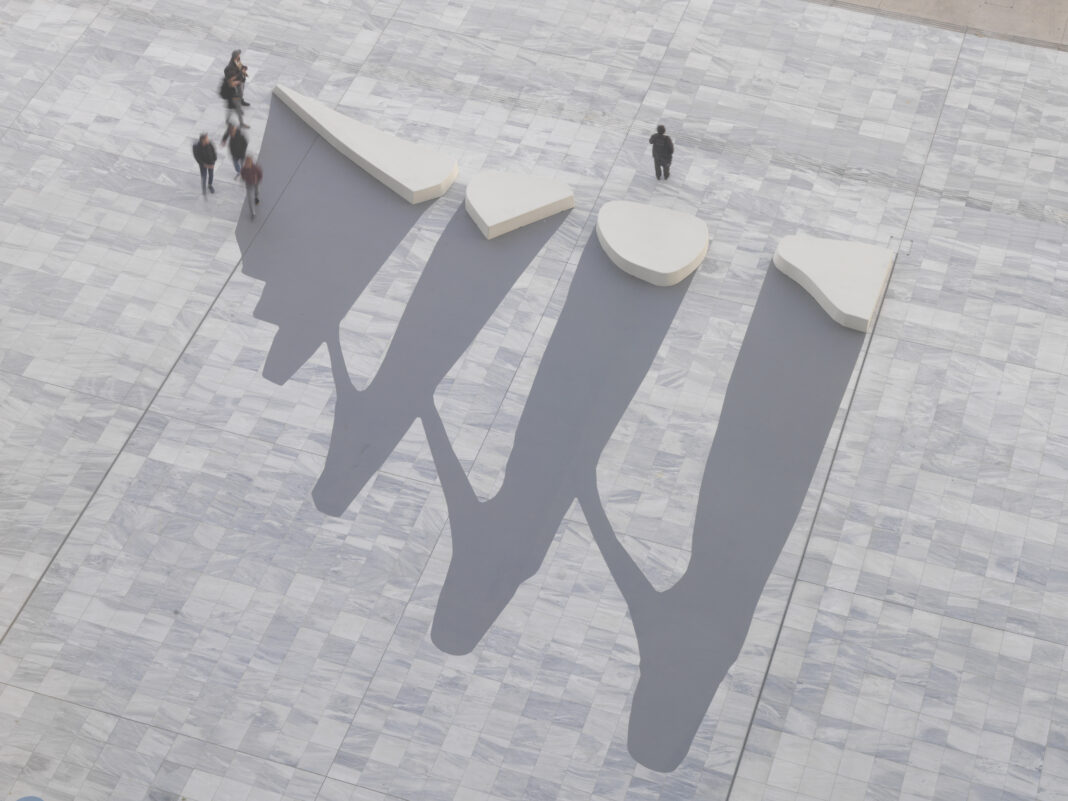 As part of the events to celebrate the 200th anniversary of 1821, the Stavros Niarchos Foundation Cultural Center (SNFCC) restores to the Market the horizontal section at a height of 40cm. of the base of the sculpture Monument of Zalongos.

The work was installed for the first time in January 2019 at the SNFCC, in the context of the exhibition "George Zongolopoulos: The vision of a public sculpture". At the same time, the Zaloggo, a miniature of the work made of silver-plated brass, created by the artist himself, will be hosted again at the premises of the SNFCC. 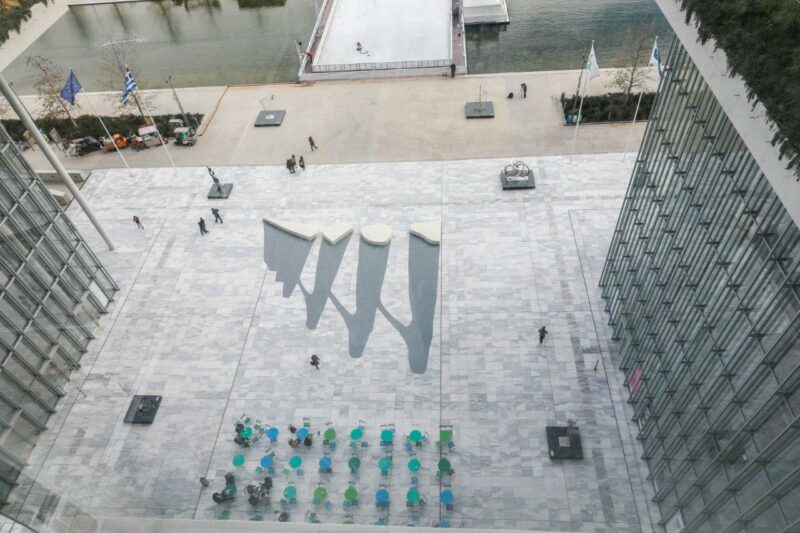 The restoration of the work marks the beginning of a series of events on the occasion of the celebration of the 200th anniversary of the Greek Revolution of 1821 at the Stavros Niarchos Foundation Cultural Center, with a central question: who are the faces of the hero?

What are the faces of the hero?

2021 is the year that we will look back at the timeless depiction of the heroic figure. From those of antiquity, to the heroes of the Revolution of '21, to the antiheroes of the modern world, virtues are invested in the heroic model, such as selflessness, courage, vigor, perseverance, courage and boldness. In a period that brought unprecedented conditions for everyone, today more than ever, we are able to recognize people around us with such virtues through the actions of the SNFCC.

"The Zalongos Monument, work of the sculptor George Zongolopoulos, is a unique case of art in the public space of Greece as, due to its monumental scale (18m. x 15m.) and its natural location, it dominates the landscape. Also, the fact that it is visible from a distance of 30 km makes it special for our country. 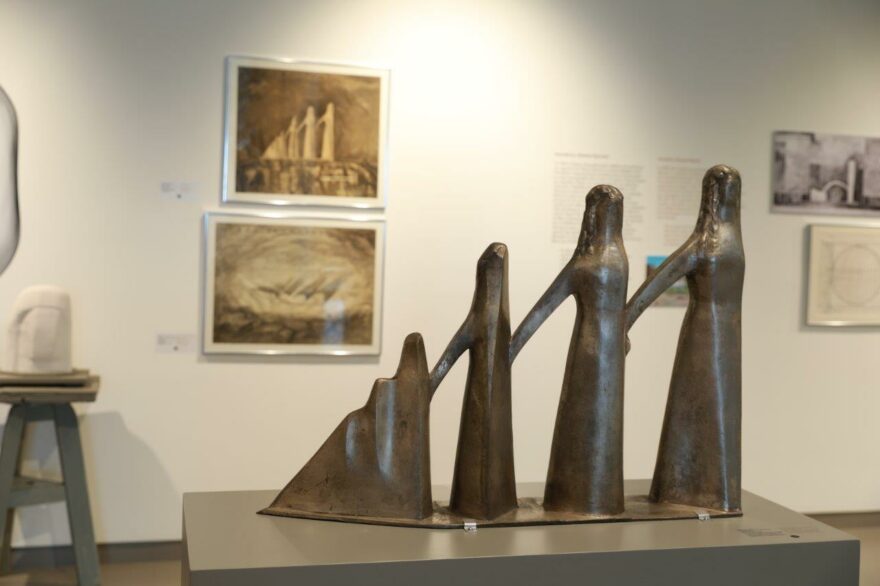 The Monument of Zalongos is one of the first examples of the application of the principles of modernism in the monumental sculpture of Post-war Greece. The figures of the Souliotissa heroines do not represent well-known historical figures. They were left by the sculptor without specific characteristics and the complete removal of the details of the face and torso was chosen, in order for the spectator of the monument to be free to create with the soul and imagination of each of these women. Thus, a universal symbol of Freedom was created on the "Sacred Rock of Zalongos".

It took 6 years and 4.300 limestone volumes to complete the sculpture and, to this day, its creation is considered a construction feat for Greece in the '50s and' 60s, as the materials were transported from a distance of 160 km to work and carved in situ on Mount Zalongo.

The unveiling of the Zalongos Monument took place with special solemnity on June 10, 1961. "

Read here a brief history of the Zalongos Monument.

Belgium-Covid-19: The opening of the restaurant on May Day

Belgium is gradually easing its measures on coronavirus, as decided by the Consultative Committee after a five-hour meeting. From Monday, March 8, ...
Read more
WORLD

US President Joe Biden said today that he is determined to "reactivate" Washington's partnership with the European Union, in a telephone ...
Read more
SPORT CITY

The regulation for manual violation in the large area is changing

A new regulation regarding manual violations was announced by the Board of Directors of International Football, which will enter into force on ...
Read more
WORLD

The Russian restoration units have been launching an online recruitment advertisement for weeks since the demonstrations in support of the critic began ...
Read more
WORLD

German sub. Foreign Affairs: Turkey should stop the challenges to Greece and Cyprus

The Undersecretary of State for Foreign Affairs is asking Turkey to stop the provocations against Greece and Cyprus and the drilling in the eastern Mediterranean ...
Read more
News Bulletin Athens 9.84

ELAS proceeded with ten arrests, in the afternoon, in a gathering for Dimitris Koufontinas, in the center of Athens. In particular, tension was caused when, according to ...
Read more