Spira trafficked drugs around the dormitories in Zografou - Five arrests 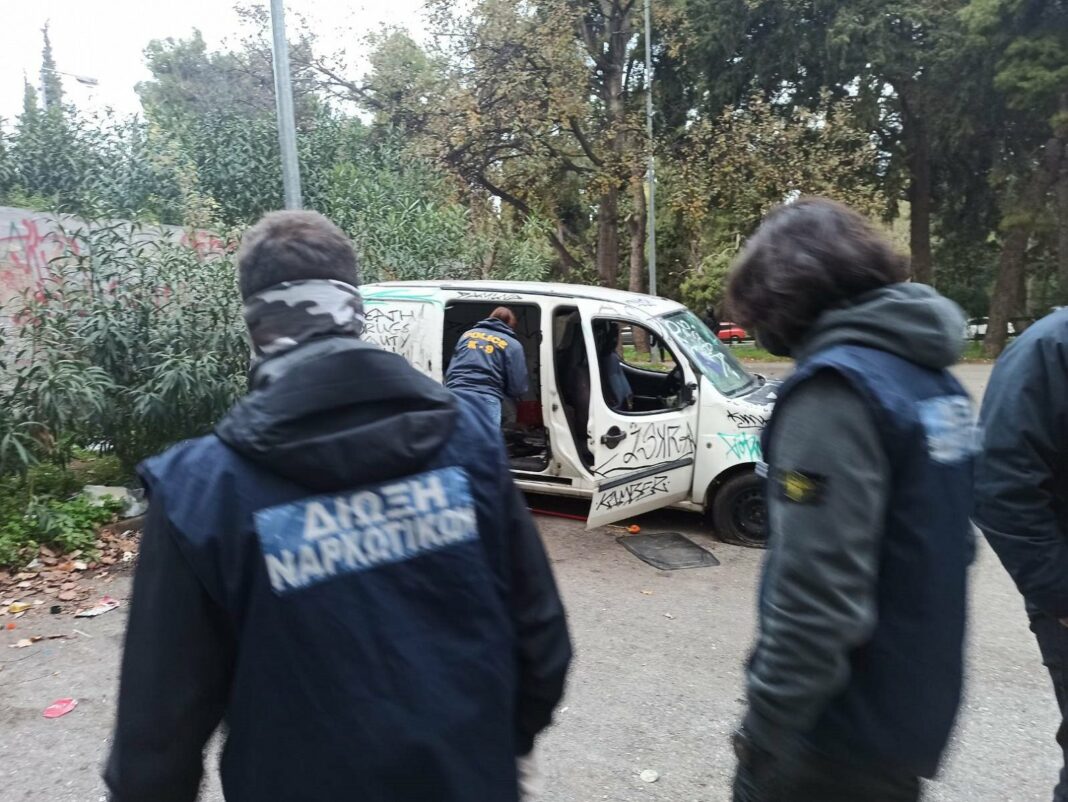 A criminal organization that trafficked and stored drugs in the surrounding area and in the courtyard of the dormitories of the University of Athens in Zografou was dismantled by the Police.

After a large police operation yesterday, Monday, 217 packages of raw hemp, ready for sale, as well as an electronic precision scale were found, carefully hidden in various places. A total of five people were arrested in connection with the case, three of whom are members of the criminal organization.

It is noted that two members of the criminal organization (native and foreigner) were arrested after a transaction carried out in the surrounding area of ​​the dormitories, selling quantities (6,5) and (1,6) grams of raw cannabis, to two also arrested (domestic and foreign).

According to the Police, the previous investigation revealed the systematic action of the criminal organization, which had a professional type structure and organized infrastructure, while using a specific methodology of action (modus operandi) for the storage and further trafficking - sale of drugs.

In particular, the members of the criminal organization hid - stored the drugs in trees, gutters, etc. in the courtyard and surroundings of the dormitories, as well as in a vehicle that was in the area, which, as it turned out, had been reported stolen by the year 2015.

Drug trafficking also took place in the open-air and surrounding areas of student dormitories, which were monitored by members of the criminal organization, as well as their homes, which were located in the wider area.

A case was filed against the five arrested for the - as the case may be - crimes of the criminal organization and the legislation on drugs and foreigners.

The Algerian Ministry of Health announced yesterday, Thursday, six deaths of patients with COVID-19 in the previous 24 hours, a development according to which the report ...
Read more
ECONOMY

The capital market on Wall Street closed in the red, influenced by the rise in interest rates on US government securities and the intervention of the head ...
Read more
ECONOMY

COOPERATION Program: Over 260 million euros are currently being paid to 611.618 beneficiaries

Tomorrow, Friday, more than 260 million euros will be paid to 611.618 beneficiaries, who are either in employment suspension status or have joined ...
Read more
COVID-19

The Cuban Ministry of Health announced yesterday Thursday that in the previous 24 hours 807 cases of SARS-CoV-2 were confirmed, while three more patients with ...
Read more
WORLD

Traffickers dumped dozens of refugees and migrants off the coast of Djibouti in East Africa earlier this week, resulting in at least ...
Read more
COVID-19

The Turkish Ministry of Health announced yesterday Thursday that 24 cases of SARS-CoV-11.322 were confirmed in the previous 2 hours, while 68 patients with COVID-19 ...
Read more
WORLD

The PTWC, the Hawaii Tsunami Warning Center, issued a warning for tidal waves up to three meters high across the Pacific Ocean, after ...
Read more

The traffic in Varvakeio is low

The traffic in Varvakeio market is lower compared to other years, which is not surprising, as during the pandemic the turnover in ...
Read more
IT HAPPENS IN ATHENS

Artists march in the center of Athens

A mass gathering took place today outside the Ministry of Culture and then a march to the Ministry of Labor by the artists and the workers in culture, claiming ...
Read more
STREAMING

Do you know Boules and Giannitsaros or what does "Amola kaloumba" mean? Do you know the commedia dell'arte and what is the role of the Harlequin in it? Carnival ...
Read more
IT HAPPENS IN ATHENS

Mobilization of taxi drivers in the center of Athens

A taxi in the center of Athens was driven by taxi drivers, in view of the meeting that their delegation will have with the Minister of Finance, Christos Staikouras. The professionals ...
Read more