Agrinio is on partial alert due to floods from the rains 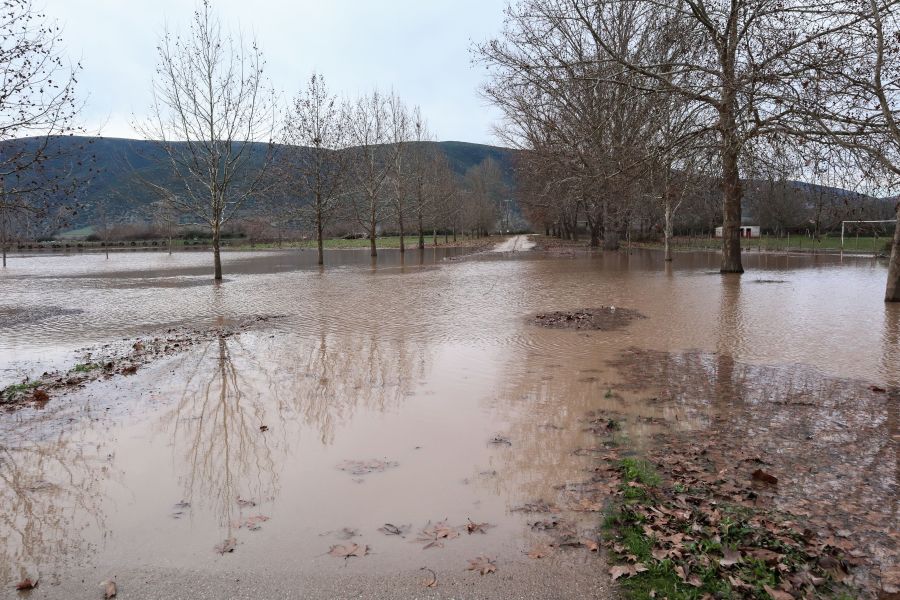 Serious problems have been caused by the severe bad weather that has hit Agrinio in the last hours, with the main characteristics being the heavy rains.

Problems from the bad weather that affects the area are recorded especially in the area of ​​Kainourgio. The traffic of vehicles has been stopped at the National Road Agrinio - Thermo at the entrance of the village. Flooded fields, plots in Lefka, Dyo Strema and Strato. However, problems were also caused in the area of ​​Kamaroula as there are reports of flooded houses and mainly basements. The problems caused by the bad weather in Xiromero are intense.

The fire services of the wider area have been put on precautionary part as a precaution, following an order from the head of the fire brigade, Lieutenant General Stefanos Kolokouris. At the same time, the 6th EMAK from Patras has been mobilized, while fire brigades continue to operate in pumping water.

Meanwhile, the mayor of Agrinio, George Papanastasiou, visited the premises of the fire brigade and as informed by the regional commander, Chief of Staff Andreas Stempilis, the fire brigade is in coordination with the forces of the other municipalities of Aetolia and Aetolia.

Regarding the situation in Agrinio, the mayor said that "it is too early to talk about the extent of the damage caused by the heavy rain" and added that "the mechanism of the municipality of Agrinio is on its feet from the first moment, in order to deal with any problem arises ".

"Our first priority", continued George Papanastasiou, "is the protection of human life" and appealed to the citizens, "to avoid travel, at least for the next hours".

The Municipality of Athens continues to give a dynamic presence in major social "forums" of Europe, presenting its proposals that ensure a sustainable future ...
Read more
SPORT CITY

Olympiacos covered the feeding costs for the needy in Thessaloniki

Ch. Akar: Due to the bad weather, the accident with a military helicopter

"Justice, as an independent function and pillar of the Republic and the Rule of Law, is expressed exclusively through the special and thoroughly justified ...
Read more
News Bulletin Athens 9.84

A second actor is facing charges of rape. The criminal prosecution was initiated this morning by the Athens Prosecutor's Office against a known ...
Read more
984

The recordings of the buildings damaged by the double blow of Egelados continue in the affected areas of the Prefecture of Larissa. As he stated in Athens 9.84, ...
Read more
PRESS RELEASES

Melina Daskalaki: Great room for optimism for tourism, from the performance in vaccination

For the new, original digital campaign of This is Athens, the official guide of the city, entitled "Love Letters from Athens" - "Letters of love ...
Read more

By order of the Police, the metro station "University" was closed at 11.00. It is noted that a student rally is planned for 13:00 in Propylaia.
Read more
IT HAPPENS IN ATHENS

"Together for the Child": Free support for parents and children

New free Online Parents' Groups and online Psycho-Educational Seminars are organized for March by the Association "Together for the Child". The topics to be discussed ...
Read more
IT HAPPENS IN ATHENS

The Athenians for the new restrictive measures: Fatigue from the ongoing quarantine

The long-term pathogenesis of the Health system, the multi-month presumptive image of a "lock down" with the imposed measures not being applied by a large portion ...
Read more
IT HAPPENS IN ATHENS