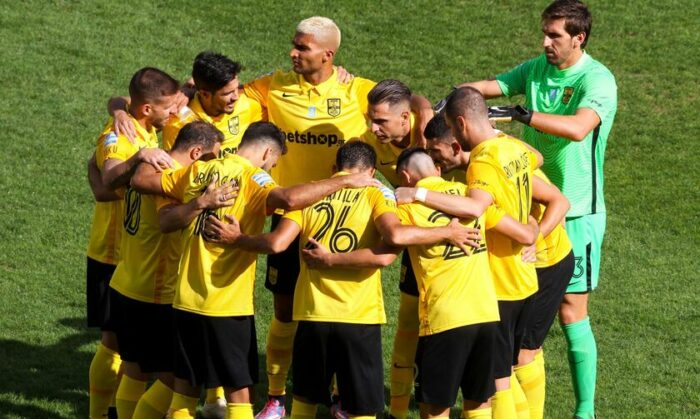 Aris prevailed 1-0 over the hard-fought AEL at "Kleanthis Vikelidis" under the watchful eye of Costas Mitroglou who watched the match of his new team.

Lindsay Rose's goal in the 30th minute proved to be a catalyst in the match against AEL as Aris stepped in for his second consecutive victory on the day of the announcement of the transfer of Kostas Mitroglou who was present at "Kleanthis Vikelidis".

The "yellows" presented two players as in the first half they had phases to obtain a safety score but did not use them. AEL was forced to play more aggressively in the second half, but in fact did not even suspect a great opportunity.

Akis Mantzios preferred not to make changes to the original squad as the only new face (in relation to the away game against Apollon Smyrnis) was Mateo Garcia instead of Sante Silva.