Katas: "We have to start with the defense" 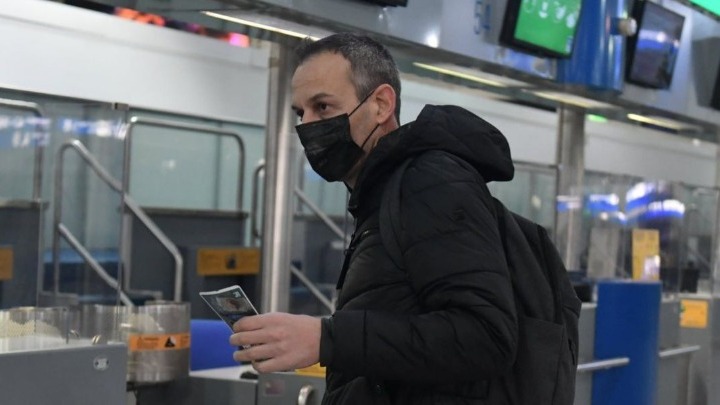 Without Ioannis Papapetrou and Giorgos Papagiannis, Panathinaikos left for Madrid in view of the match against Real on Wednesday, in the context of the 22nd game of the Euroleague.

The coach of Panathinaikos, Odent Katas, spoke about Wednesday's game with Real Madrid but also about whether his players have started to get acquainted with what he asks them to apply on the floor.

"I feel better every day, I get a better connection with the players and they in turn get a little more familiar with what we are trying to do. You always try to win. Of course we know that Madrid is one of the most difficult places to play. "Also the program of the last 10 days is difficult, especially since we are missing two important players," said Odette Katas.

As for the changes he expects to see in his team, the Israeli coach stressed:

"We have to start with the defense, to be more stable. At some points we are aggressive and annoy the opposing team. So I want us to be for longer periods. Especially when you play against high level teams like Real Madrid, you have to slow them down, annoy them and get them out of their rhythm. That is what we are trying to do. "

"It simply came to our notice then. In the final analysis when you play against big teams like Real and sometimes you have to take risks. You can not cover everything, you have to limit it and play smart against it. Against him you may be forced to take difficult, marked shots. You have to play smart and patiently against him. "

The new data presented by the Deputy Minister of Sports, Lefteris Avgenakis, and the Secretary General, George Mavrotas, in the meeting with the Infectious Diseases (5/2), a topic which ...
Read more
WORLD

Yemen: At least 90 fighters killed in fighting between rebels and pro-government forces in Marib

At least 90 fighters have been killed in the past 24 hours in fierce fighting in the strategic oil region of Marib, in northern Yemen, which the rebels ...
Read more
GREECE

The hospitality structures on the islands of Leros and Kos are visited today accompanied by the Minister of Immigration and Asylum, Notis Mitarakis, the Vice President of the European Commission ...
Read more
News Bulletin Athens 9.84

The situation is marginal in the hospitals of Attica with almost all the beds in the Intensive Care Units occupied due to the wide spread of the coronavirus that ...
Read more
984

The awarding of the gold medal to Tentoglou

The seventh gold medal of our country in the history of the European Indoor Championship is in the hands of Miltos Tentoglou from today. The awarding of medals ...
Read more
984

Episodes took place on Saturday afternoon at a rally of solidarity with Dimitris Koufontinas at Syntagma. The demonstrators were chased by MAT men and ...
Read more

International Women's Day, March 8, marks the daily struggles of women around the world and the ongoing effort to promote their rights. Simultaneously,...
Read more