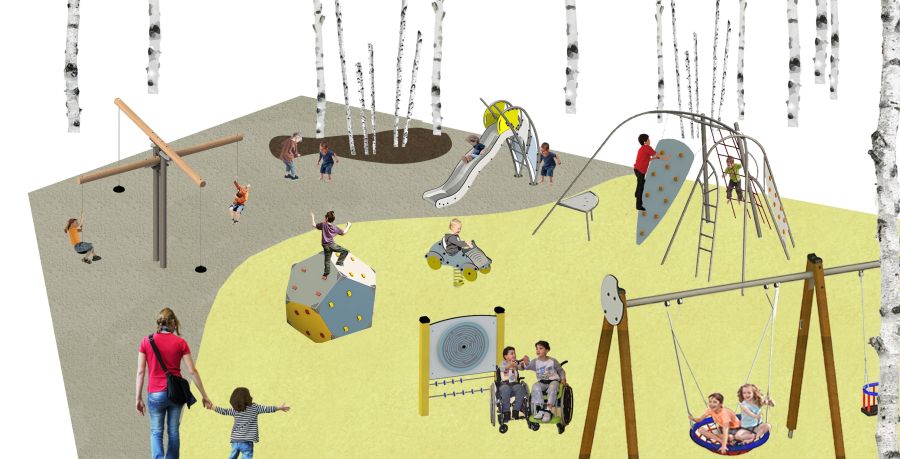 Another emblematic area of ​​Athens, it comes out of lethargy and abandonment. The hill of Strefi that has been connected with the walk, the entertainment and the green of Athens, comes to the fore again. He regains the lost role of the city lung and its identity. 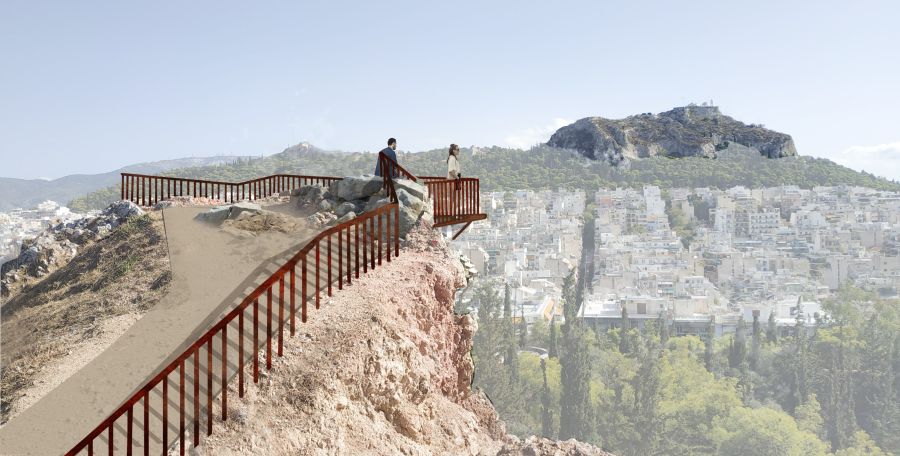 The verdant hill of Exarcheia, has left a strong imprint on the daily life of the city, but it was also the ultimate destination for the families of Athens, on the weekends. It gave breath to the residents and visitors, but in recent years it presents a picture of real abandonment.

Today, the hill of Strefi, closes the cycle of its devaluation and enters a different trajectory. It is changing its face and preparing to offer again, the walk, the sports, the leisure, the view and the security that it gave to its visitors for decades. 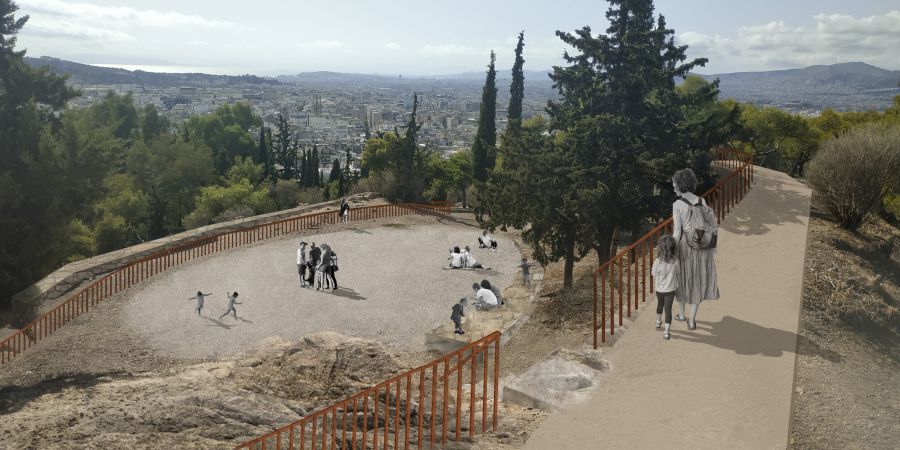 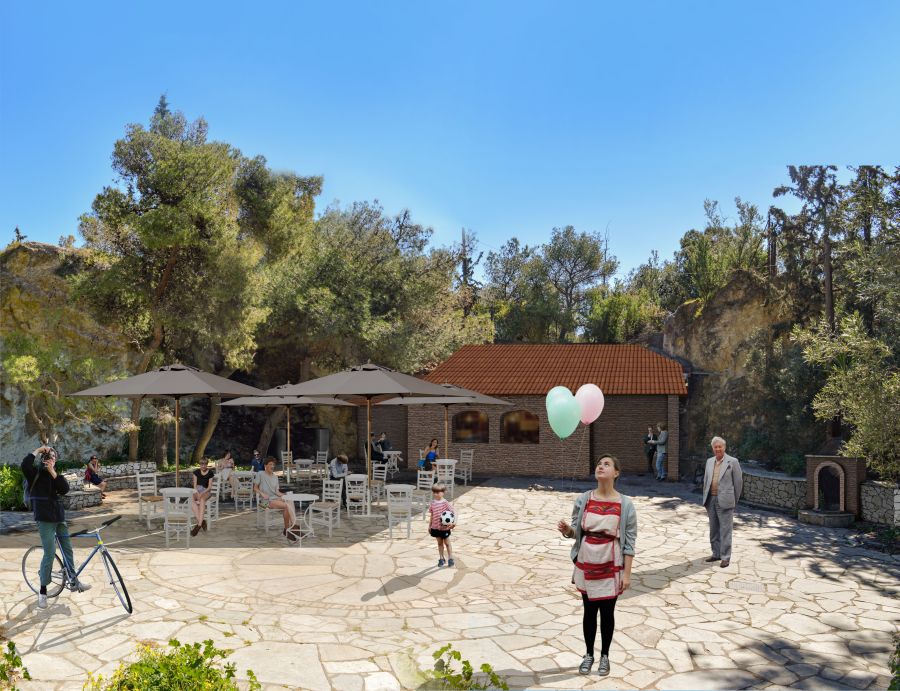 The Municipality of Athens begins a series of interventions that restore its glory and give it life. Once again, the program "Adopt your city" that becomes a reality with the participation of agencies, institutions, individuals, residents, becomes the tool for the implementation of this radical redevelopment of the hill.

It is the program that to date, has enabled Athens to utilize, upgrade and create spaces that the city needs, enabling the municipality to set the data, plan and control interventions, reduce their cost and at the same time, through the cooperation with all those who participate, to give directly to the city projects and places that are dignified and upgraded.

It is characteristic that until today, "Adopt your city" played a catalytic role in the completion of Omonia Square, the creation of parks in the neighborhoods of Athens, in actions that strengthen social solidarity and cohesion, the image of Athens as a tourist destination and in many other works, which would take several years to be attributed to the Athenians.

On the hill of Strefi, the Municipality of Athens, utilizes the participation of "PRODEA Investments" in "Adopt your city" and proceeds with its major interventions.

This is a very important donation from the company, which includes the necessary network of studies and interventions, which are supervised and coordinated by the Municipality of Athens, defining the framework of actions, in order to achieve the desired result.

The participation of "PRODEA Investments" in the program, now gives the opportunity to highlight the ridge of the hill, to enhance accessibility and safety, to redesign the playground and to carry out important restoration projects throughout the area.

On Monday, January 18, the Municipal Council of Athens approved the start of the procedures for the elaboration of the study, through which the guidelines of the project will be developed. The consultation of the municipal community for the plan will follow, while the final "green light" for the start of the interventions on the Hill will be given by the Municipal Council. 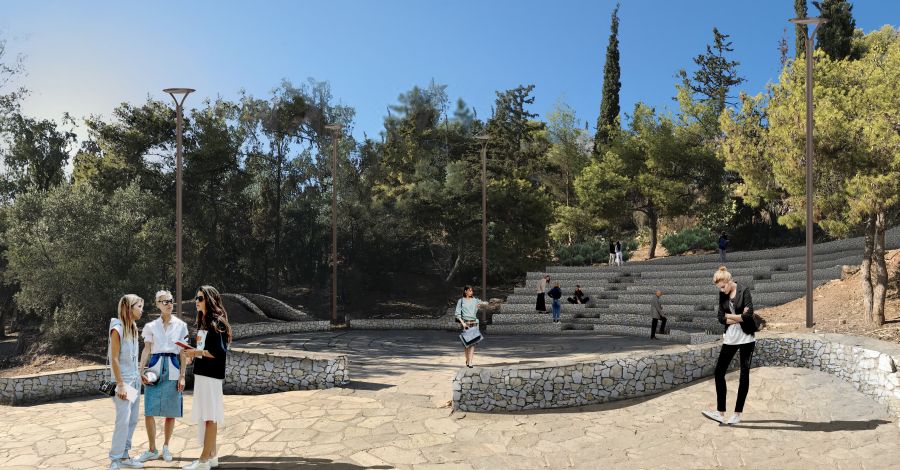 K. Bakogiannis: "Interventions that restore the magic of the hill"

As the Mayor of Athens, Costas Bakogiannis, explains, it is an important goal to upgrade the entire hill for the residents and visitors by strengthening and restoring its elements, that is, with more green and modern, safe equipment. The project has standards that respect the environment, is inextricably linked to the character and history of the neighborhood and aims to further connect it with this important lung of green.

Costas Bakogiannis thanked PRODEA Investments for supporting the effort of the Municipality and stressed: "This hill can and will become what it always was. An exit from the city into the city. It is from these interventions that bring to the surface the magic offered by corners of Athens like this. And what we are doing here is to continue the effort, as we did with Omonia Square, as we do with Theater Square, Lycabettus and all the "forgotten" parts of the city, to bring them back to the daily life of the city. And it is very optimistic that we are achieving all this by working with a leading private company, PRODEA Investments, in the context of "Adopt your city". A program that allows us to plan, to do projects based on the needs of Athens but with the cooperation of all those who can contribute to it ".

On his part, Mr. Aristotelis Karytinos, Vice President & CEO of PRODEA Investments underlined that "for Prodea Investments, urban regeneration, improving the quality of life in the city are part of our corporate DNA. That is why we support in practice the effort of the Municipality of Athens in the framework of the initiative "Adopt your city", in order to create not only a modern, safe, and accessible space of green and sports, but really a pole of attraction and reference for citizens and visitors, as befits the city we want.

We are very happy and satisfied that, with our contribution, an important project for the capital is being implemented. For Prodea, it is not just a donation, within the framework of our "Structures of Responsibility" program, but a strategic partnership for sustainable development for Athens ".

For the first time in almost three and a half months, the US recorded less than 1.000 deaths due to COVID-19 yesterday, Monday, according to the data ...
Read more
COVID-19

Estonia: Lockdown for a month - Scanning the British mutation

The Estonian government has decided to impose a severe lockdown throughout the country from the day after Thursday for at least a month due to the spread with ...
Read more
COVID-19

Cuba: 873 cases of the new coronavirus, two deaths in 24 hours

The Cuban Ministry of Health announced yesterday Monday that in the previous 24 hours 873 cases of SARS-CoV-2 were confirmed, while 2 more patients with ...
Read more
COVID-19

The Ministry of Health announced today that until midnight yesterday Monday, eight cases of SARS-CoV-2 were confirmed, compared to 19 the previous year, without being recorded ...
Read more
WORLD

US diplomacy, which submitted a new, ambitious proposal for peace in Afghanistan to the authorities in Kabul and the Taliban, called yesterday Monday ...
Read more
COVID-19

The Brazilian Ministry of Health announced yesterday Monday that in the previous 24 hours another 987 patients with COVID-19 succumbed, a development that increased ...
Read more
ECONOMY