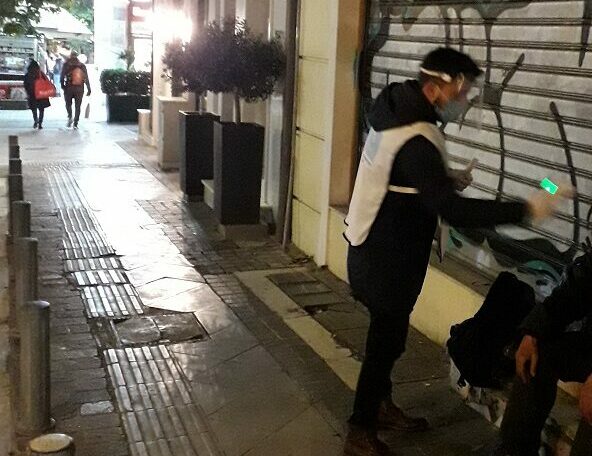 A year of solidarity characterizes the past year of the officials of the Reception and Solidarity Center of the Municipality of Athens as, as they characteristically state, there was a "tsunami" of supply and mutual aid that arrived daily in the warehouses of K.Y.D.A. pandemic emergency the Center upgraded its support services and created new ones.

"We are essentially supporting people who have been deprived of basic necessities or even the warmth of a home. We innovate and create new structures, in order to offer them a network of services that is constantly enriched. This is what we will continue to do in the new year. "Our priority is to ensure dignity and respect for people who have met the toughest person in life." the president of the Reception and Solidarity Center of the Municipality of Athens, Grigoris Leon. 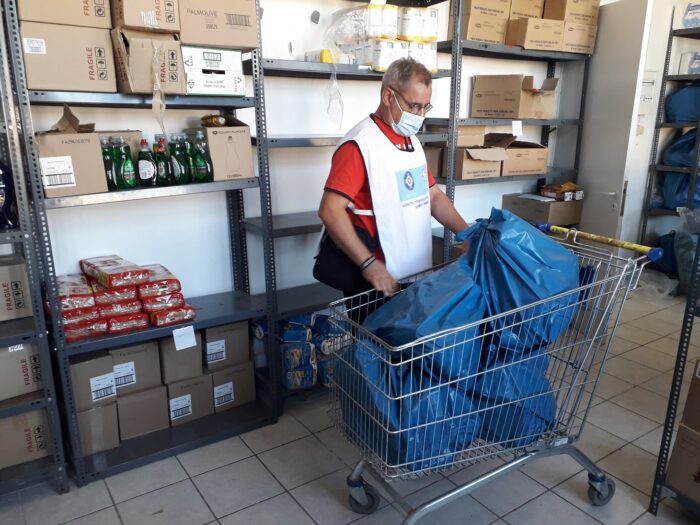 Details of the services provided

The benefits of K.Y.A.D.A. to 26.000 beneficiaries, in food and basic necessities were significantly enriched thanks to sponsorships, while, in cooperation with sponsoring companies, two completely new programs to support the additional 480 families affected by the pandemic.
In the emergency situation created by the coronavirus and so that no one was left helpless, a large part of the beneficiaries were served by sending all the necessary goods home.

"Tsunami" of supply and mutual aid

The Sponsorship Office of K.Y.A.D.A. attracted and managed a huge volume of donations. The concept of solidarity and the availability of supply grew in the midst of the pandemic and manifested itself with a moving flow of donations from companies, organizations, volunteer groups and other entities, but also from ordinary citizens who arrived daily at the warehouses of K.Y.AD. .A., Extending a helping hand to their vulnerable fellow human beings, with what everyone could.
It is known that the period January-December 2020, despite the difficult economic and social situation created by the health crisis, the sponsorships to K.Y.A.D.A. in food, medicine and other items exceeded 3,28 million euros. 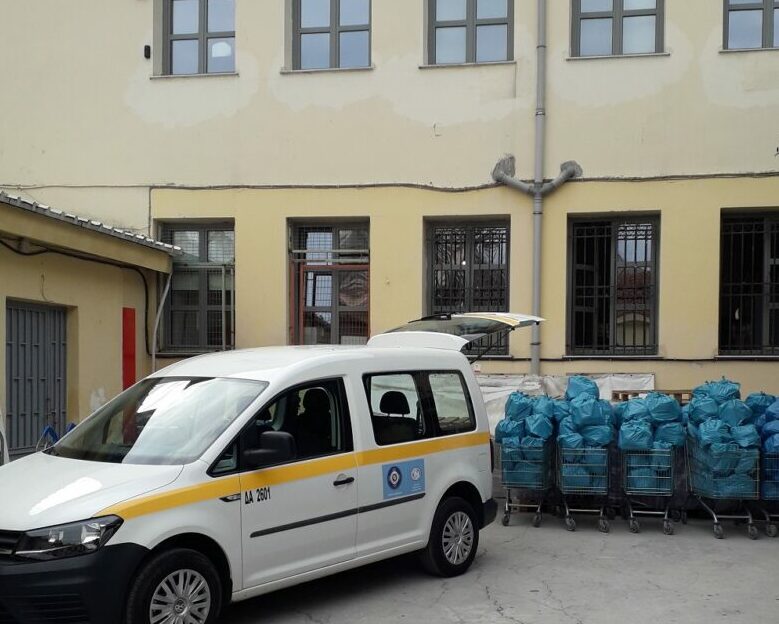 In the middle of the first wave of the pandemic, the Municipality of Athens created the new Multipurpose Homeless Center, a state-of-the-art 24-hour operation structure, which includes Short Hospitality Guesthouse, Dormitory, but also Day Center. A move promoted by the World Health Organization as a "good practice" for protecting vulnerable groups from the new coronavirus.

"Intersection" was also the Hostel for Drug Addicts, which opened its doors in the spring of 2020.
Already before the advent of the health crisis, the K.Y.A.D.A. had been reinforced in personnel and vehicles to intensify on-site interventions on the homeless by streetwork teams.
In fact, lately, streetwork teams were also strengthened with nurses, who carry out thermal measurements and rapid tests on the homeless in the city. 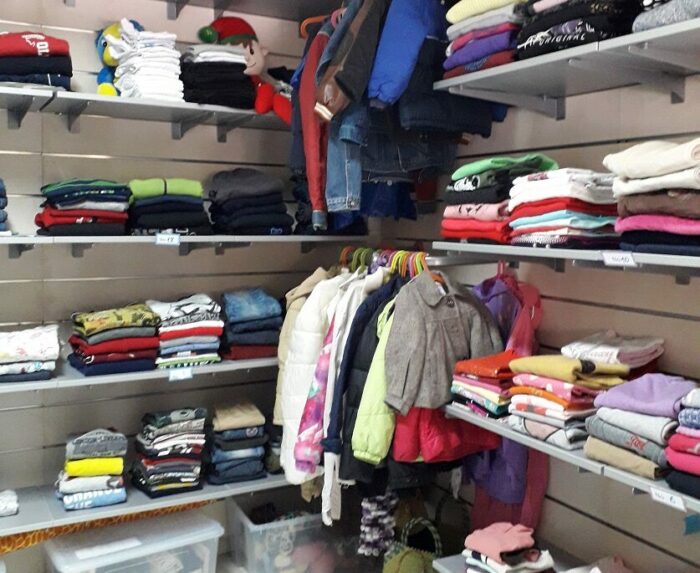 In order to cover more needs of its beneficiaries, the Reception and Solidarity Center of the Municipality of Athens, inaugurated in September a new, innovative structure: a Social Bookstore - Toy Store, which provides free school supplies and toys to 2.345 children.
Focusing not only on practical support in everyday life, but also on the health of the people of Athens, In the last two months, the Social Clinic and the Social Mental Health Clinic of K.Y.A.D.A. were inaugurated. The first provides primary health care services and the possibility of prescribing medication to the beneficiaries of the Center and the second, valuable mental health services.
This is a move that came to offer another breath of relief to the socio-economically weaker groups, who have difficulty accessing the -coronavirus-burdened- health system, but also to fill the gap that has already been captured in research worldwide, that the pandemic has significantly exacerbated health, physical and mental, of vulnerable groups. 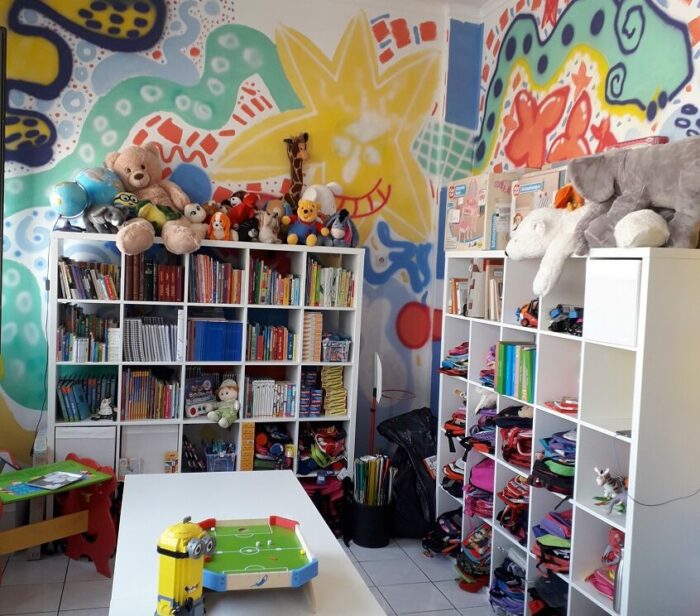 The whole structures of K.Y.A.D.A. serving the public, its stores Athenian Market, the premises of the Citizens' Mutual Aid Center, but also the Social pharmacy of K.Y.D.A., were completely renovated, with the aim of providing assistance to the vulnerable residents of the city to ensure a sense of dignity. 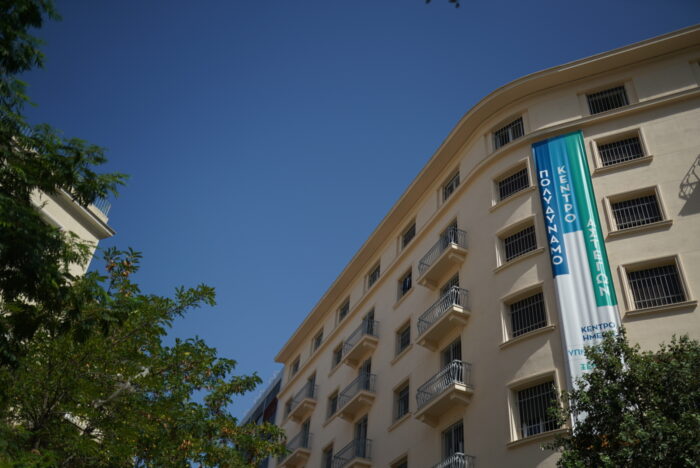 Message from N. Dendia for the anniversary of the Integration of the Dodecanese with Greece

A message for the anniversary of the Integration of the Dodecanese with Greece was sent by the Minister of Foreign Affairs, Nikos Dendias, in a post on twitter. "Happy birthday to the Dodecanese, ...
Read more
WORLD

Cyprus: The Minister of Interior N. Nouris is going to Athens tomorrow

The Minister of Interior of Cyprus Nikos Nouris is going to Athens tomorrow, Monday, who will pay a two-day working visit. During the visit you will ...
Read more
GREECE

The 73rd anniversary of the Integration of the Dodecanese with Greece is celebrated today in Rhodes and in all the islands of the Dodecanese. The celebration due to the restrictive ...
Read more
News Bulletin Athens 9.84

The old man who had been released from the ruins of his house in Mesochori of Elassona, lost the battle for his life, after ...
Read more
SPORT CITY

At dawn the 70th All Star Game

The 70th All Star Game of the NBA is "just around the corner" and the fans of the orange ball are looking forward to the night of March 7 ...
Read more
984

Earthquake in Elassona: The 83-year-old who had been released in Mesochori died

The old man who had been released from the ruins of his house in Mesochori of Elassona, lost the battle for his life, after ...
Read more
WORLD

The actress of "One Night in Miami" Kingsley Ben-Adir and the actress, Morphide Clark from the movie "The Personal History of David Copperfield" ...
Read more

The Minister of Health Vassilis Kikilias, the Vice President of the European Commission Margaritis Schoinas and the President of the National Public Health Organization Panagiotis Arkoumaneas, will be ...
Read more
STREAMING

Do you know Boules and Giannitsaros or what does "Amola kaloumba" mean? Do you know the commedia dell'arte and what is the role of the Harlequin in it? Carnival ...
Read more
IT HAPPENS IN ATHENS

Without the thousands of carnivalgoers from the schools and the Associations of the city, without the traditional customs of Shrove Monday but with a big smile, pleasant ...
Read more
IT HAPPENS IN ATHENS