Coronavirus: West Attica is in the "red" 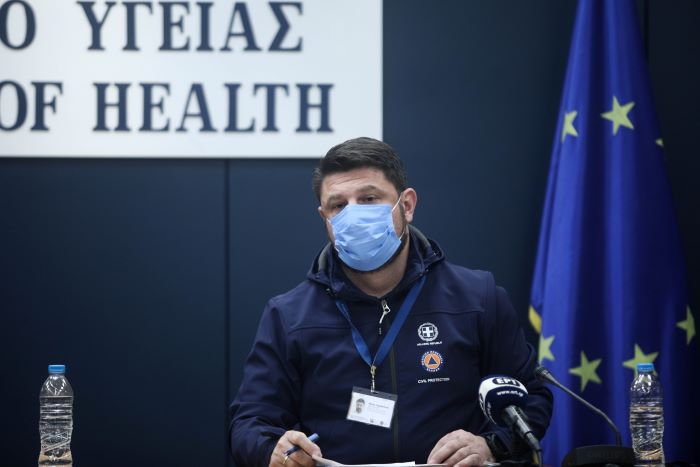 "The efforts of all of us and the restrictive measures are finally having an effect and there is finally stabilization of the harshest indicators of the pandemic, daily intubation and deaths", stressed Professor Vana Papaevangelou during the regular briefing on the course of the pandemic in Greece, noting that "If we continue at the same pace, the indices will decrease even more and we will see 300 intubated people in the territory at Christmas."

Thessaloniki returned to the first place of cases, as 357 new infections were recorded, while in Attica 296 were recorded. However, a high epidemiological load was recorded in Serres with 80 cases and in Magnesia with 75. The average number of new cases is 1.500 per day.

Ms. Papaevgelou announced that the fullness of ICUs is 82% in the territory, 77% in Attica and 91% in Thessaloniki.

Explaining the reasons why the committee of experts proposed a conservative opening of the economy, he stressed that there are a large number of active cases in the territory, which in Central Macedonia alone exceed 6.000.

For his part, Professor Gikas Majorkinis said that in Attica the reduction of cases is 8-10% and in Thessaloniki the corresponding reduction is 30%, compared to the previous week. Thessaloniki still has a greater impact than Athens and will be at the same level as Attica when 80 cases are recorded per day.
"We have no room, we can not risk an increase in cases," he said, adding that we must "fix our bubble."

The Deputy Minister of Civil Protection, Nikos Hardalias, referred to West Attica, emphasizing that the active cases in the region are 392, with an average age of 42 years, while the tracing revealed 742 people, who are under house arrest.

"We call on the residents to be careful and to observe the measures," said the Undersecretary of Civil Protection, stressing that "the epidemiological situation in the country remains tense, the holidays will be different" and we must be careful not to face a new outbreak. pandemic ".

Regarding the operation of stores with the method of click away, he said that the customer is allowed to go to the store to receive the goods, however he must bring a proof document from the company as well as the exact time of receipt. To go to a store requires sending an sms with the code "2".