K. Zervas: No complacency, despite the reduction of cases 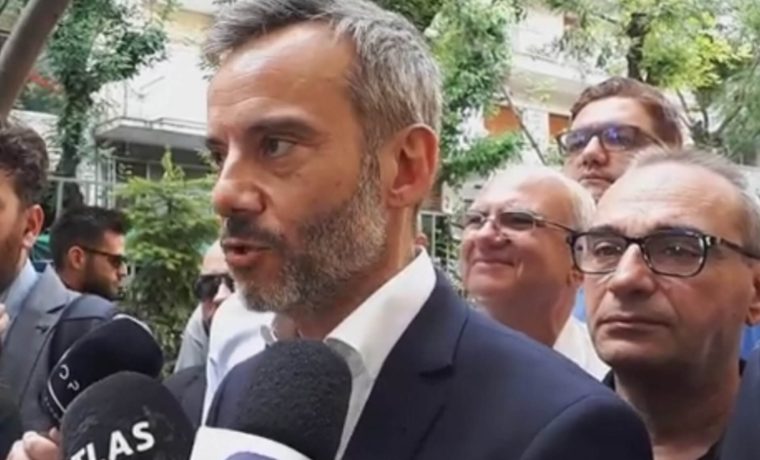 The mayor of Thessaloniki, Konstantinos Zervas, expressed his opinion that there should be no complacency, or relaxation of restrictive measures, under the existing conditions and despite the reduction of pandemic cases, at the municipal council of Thessaloniki.

Mr Zervas said there was "moderate relief" from the fact that the viral load in the city's sewage had fallen by 50% since last week and that cases were at the level of early November, as they were before the outbreak. He stressed, however, that if it is decided early to relax the measures and open the market early, there is a possibility of a resurgence of the pandemic, in the city and the wider region. Mr. Zervas estimated that in the current situation it is not realistic to lift the lockdown in Thessaloniki.

The mayor said that he discusses with all those involved daily and that he also expressed his views at the meeting under the Prime Minister, on Saturday, in Thessaloniki. He noted, however, that his opinion is "identical" on this issue with the views of the governor of Central Macedonia Apostolos Tzitzikostas.

"The viral load in our city is high, obviously it can not lead to any complacency, we see the difficulty that exists with the fullness in the ICUs in the city's hospitals, close to one hundred percent" said the mayor of Thessaloniki and added: "ICUs are the ones that will reduce the result of the lockdown, any good results in terms of sewage and cases will bring good news to our hospitals, after two weeks".

The mayor said that "the dates, mentioned in reports, or discussed on December 7, 14 and 21 have no basis" regarding the lifting of the lockdown. He added that all models show that with this level of viral load in the city, if there is relaxation, there is a possibility of a new resurgence of the pandemic during the holidays. "If we open the market in general, if we have crowds, we will have the same bad results."

The mayor said that his suggestion was that the primary schools should not be opened either, at least until the beginning of the Christmas holidays and when and if the data allow for a gradual lifting of the lockdown.

"Health should be our first concern, there should be care for professionals and businessmen and that was my suggestion to the prime minister," said the mayor, expressing his satisfaction with the prime minister's response that his goal is in December. continue to support those affected by the pandemic.

Mr. Zervas added that the municipality is also trying to support businesses and jobs, through measures, such as the exemption of cleaning and lighting fees for those companies that have suspended their operation, due to the measures, exemption from usage fees common area, etc.