Online concert of Eleni Karaindrou at the SNFCC 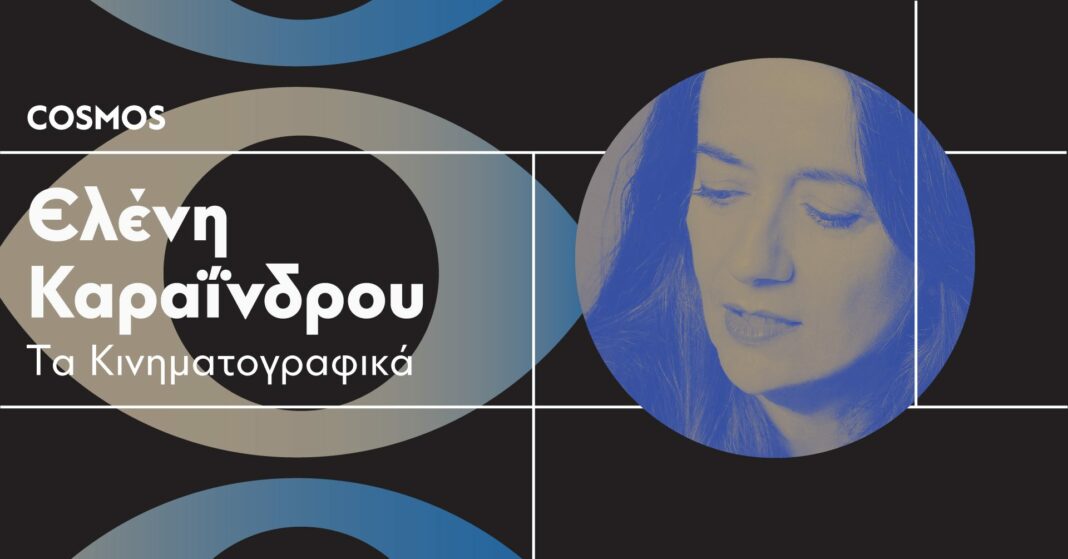 Athens acquires another upgraded green space, this time in Patissia. Expanding the network of "pocket" parks in the neighborhoods of the capital, the Municipality ...
Read more
Eleni Karaindrou presents her films in a unique concert at the Stavros Niarchos Hall of the Stavros Niarchos Foundation Cultural Center.
On Monday, November 9, at 20.30, the great composer Eleni Karaindrou will play on the piano a selection of her top compositions for the cinema framed by top soloists, among them: Vangelis Christopoulos (oboe), David Lynch (saxophone tenor), Socrates Sinopoulos (political lyre), Natalia Michailidou (piano), Alexandros Botinis (cello), Stella Gadedi (flute), Panagiou Giano, Panagiou (bassoon), Sofia Siora (trumpet), Angelos Sioras (horn), Dinos Hatziiordanou (accordion), Aris Dimitriadis (mandolin) and Lilia Esipova (harp).
A set of strings with a concerto the Iro Series is the backbone of the concert compositions and has taken part in the recording of the works of Eleni Karaindrou as well as in her performances at the National Theater La Colline in Paris, at the Odeon of Herodes Atticus (Athens Festival) and at the National Mannheim Theater in Germany (Enjoy Jazz Festival). The musical direction of the concert is Miltos Logiadis, the director is Antonis Antipas, while in the sound design will be the permanent collaborator of Eleni Karaindrou George Karyotis who has signed all her works and albums for thirty years.

In her unique concert at the SNFCC, Eleni Karaindrou will offer a melodic journey of high emotional charge, combining classic and traditional elements with sensitivity and passion.
The composer will present the musical themes from all her collaborations with the internationally renowned Greek composer Theodoros Angelopoulos. With him, after all, he has written part of the world cinema history, forming one of the top duos of the Seventh Art that has been praised by as few critics around the world. Through the eight films of their collaboration from 1984 to 2008 [(Journey to Kythira (1984), The Beekeeper (1986), Landscape in the Fog (1988), The Meteor Step of the Stork (1991), The Look of Odysseus ( 1995), An eternity and a day (1998), The weeping meadow (2004), The dust of time (2008)] the evocative work of the two creators marked the art of cinema with its universality and inner strength making it eternal .
The long-awaited concert will also feature selections from Karaindros' collaborations with directors such as Christoforos Christofis (Roza, 1982), Tonia Marketaki (The Price of Love, 1983), Lefteris Xanthopoulos (Good Home, Comrade, 1985), Margarethe von Trotta (L 'Africana, 1990), Pigi Dimitrakopoulou (The 10 of M. Karagatsis, 2008) and her penultimate collaboration with the Iranian actor and director Payman Maadi, Bomb, a love story (2018).

Faithful to cinema, Eleni Karaindrou this year completed her music for the new film by American director Terrence Malick, The Last Planet, four years after their collaboration in the documentary about the genesis of the universe Time Travel.
Since the beginning of her collaboration with the record company ECM (Edition of Contemporary Music) and its founder Manfred Eicher three decades ago, the criticism has been rave.

She has been called "the 10th muse of Greece" (Michael Walsh, TIME magazine, 25/3/1996) while, ranking her among the greatest composers in Europe, they believe that her collaboration with Angelopoulos will be recorded in history just like his collaboration Nino Rota with Federico Fellini (Riccardo Bertoncelli, LA REPUBBLICA, 25.2.1999). Many compare her music to that of great neo-romantic composers such as Arvo Pärt. In general, its elegiac style is a valuable beacon for the entire modern classical generation of creators.
Eleni Karaindrou was born in the Wall of Fokida. She studied piano and theory at the Hellenic Conservatory, graduated from the Faculty of Philosophy of the University of Athens and with a scholarship from the French government (1967) continued her studies in Paris, studying ethnomusicology at the Sorbonne, as well as orchestration and conductor Scor.
In 1975, returning to Greece, she released her first album entitled Great Vigil in poetry by K. H. Myris and singer Maria Farantouri. At the same time, he collaborates with Manos Hadjidakis for the creation of the Third Program of the Greek Radio. From 1975 to 1990, records of her music were released in Greece and France. Since 1990 he has collaborated with the internationally renowned record company ECM and its creator Manfred Eicher and has released 12 albums: Music for Films, The Suspended Step of the Stork, Ulysses' Gaze, Eternity And a Day, Trojan Women, The Weeping Meadow, Elegy of the Uprooting, Dust of Time, Eleni Karaindrou-Concert in Athens, Εuripides: Medea, David, Tous des Oiseaux.
He has been honored with many distinctions and awards, including five Cinema Music Awards in Greece, the Dimitris Mitropoulos Theater Music Award, as well as the Fellini International Award for "Best Composer of Europe" by Europa Cinema in Italy (1992). In 2002 she was awarded the Golden Cross of the Order of Honor by the President of the Republic and in 2004 she was nominated for the European Film Awards (Felix) for her music for The Tearful Meadow.
You can watch the concert live at snfcc.org/Cosmos_EleniKaraindrou, as well as on the SNFCC Facebook page @SNFCC and its YouTube channel.
Share
Facebook
Twitter