More than 20 people, including 12 civilians, were killed in Mali 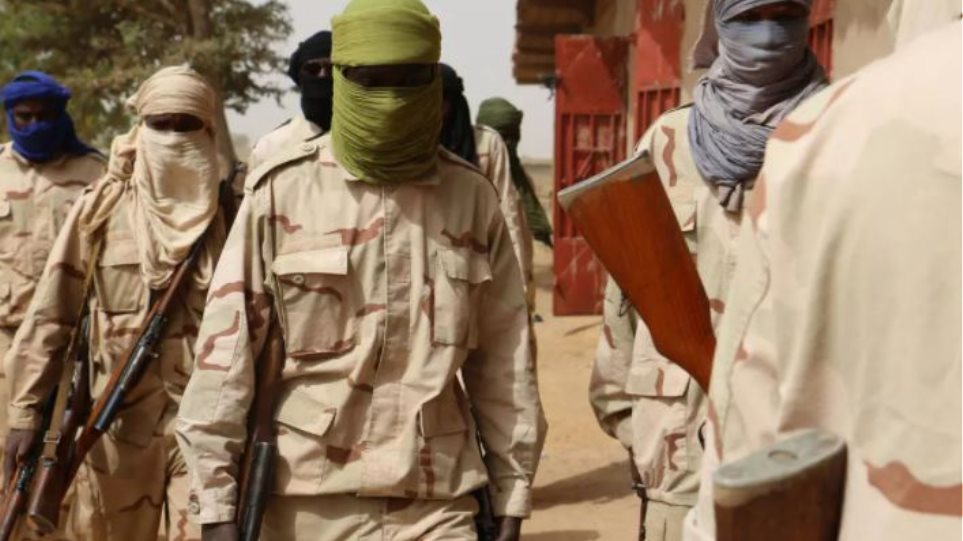 A special Christmas digital experience for children from 3 years old. Creative family moments at home, through art workshops and interactive cards, with the theme of ...
Read more
PLUSATHINA

In the 9th cycle of the Business Accelerator which is dedicated to the Creative and Cultural Industries (CCIs), invites the interested parties, the innovation node and ...
Read more
PLUSATHINA

This Wednesday, December 23, "Athens 9.84" organizes a Radio Solidarity Marathon. All proceeds will be used to support the Reception and Solidarity Center ...
Read more
PLUSATHINA

This year, the Municipality of Athens chooses a different way to share with everyone, the lighting of the tree in Syntagma Square. Through a short film ...
Read more
PLUSATHINA

Municipality of Athens: Social Clinic and prescriptions for the homeless and the needy

It opens its doors to welcome and help our homeless and needy fellow human beings, the Social Clinic of the Reception and Solidarity Center ...
Read more

Twelve civilians, including two women and a child, as well as 11 Mali soldiers were killed in a series of attacks today in central Mali, the deadliest death toll in the country since the August 18 coup.

The attacks came days after the release of four hostages - an opposition leader, Sumaila Cisse, France's Sophie Petronen and two Italians - against about 200 detainees demanded by jihadist groups, an exchange that did not bring .

Near the border with Burkina Faso, a military post in Sokura, in the Bankas Circle, was "attacked by unknown gunmen" around 1:00 am, the Ministry of Defense announced, citing a provisional report of nine dead in the army ranks.

Aid sent to the site "in turn fell into an ambush at the level of the bridge at the site of Paroukou", according to the Ministry of Defense. He clarified that two soldiers were killed.

"On the enemy side, 13 terrorists were killed and two vehicles were destroyed by the air force," according to the Ministry of Defense.

Twelve civilians, people attending the weekly Bankas report, were killed in the same place under as yet unexplained circumstances.

According to a police source, these people "followed the reinforcements of the army", believing that they were protected, and then became the target of the perpetrators of the attack.

However, according to a state spokesman in the area, the vehicle transporting the citizens "was in the first place", in front of the military reinforcements, whose arrival "coincided" with the attack. "Fire exchanges followed," he said, asking not to be named.

In any case, 12 civilians were killed, including two women and a child, according to a police source and Umar Guido, a youth spokesman based in Bantiagara.

The army also spoke of "10 wounded" and missing during the attack on the aid. Neither the ministry nor the army report casualties on the part of the citizens.

An operation to free two people in mountainous Eastern Thessaloniki

The Thessaloniki Fire Service is currently in the process of transporting two people to a safe place in mountainous Eastern Thessaloniki. It's about...
Read more
News Bulletin Athens 9.84

510 new cases of coronavirus were announced by EODY. Of these, 214 in Attica and 67 in Thessaloniki. 323 covid patients are treated by intubation. 20 young people were also announced ...
Read more
984

Prosecutorial intervention is expected to be ordered by the Athens Prosecutor's Office for the public allegations of Sofia Bekatorou about sexual harassment, which she suffered before ...
Read more
WORLD

Rescue crews today located at least 10 survivors under the rubble on the island of Sulawesi, which was hit yesterday by a strong earthquake of 6,2 degrees, ...
Read more
News Bulletin Athens 9.84

510 new cases of coronavirus were announced by EODY. Of these, 214 in Attica and 67 in Thessaloniki. 323 covid patients are treated by intubation. 20 young people were also announced ...
Read more
984

Another 510 new coronavirus infections, of which 214 in Attica and 67 in Thessaloniki and 20 deaths were announced by EODY. The...
Read more
984

Metro attack: Criminal prosecution of two minors - Their apology to the investigator on Tuesday

On Tuesday morning, the two minors accused of grievous bodily harm against the stationmaster in the subway will apologize to the investigator. The...
Read more

The whole mechanism is in full readiness for the protection of the homeless of the city both from the coming bad weather and from the pandemic ...
Read more
IT HAPPENS IN ATHENS

The tram will arrive at "SEF" from next Wednesday

According to the administration of STA.SY. next Wednesday 20 the whole new line will be put into full commercial operation until SEF ...
Read more
IT HAPPENS IN ATHENS

Charging positions for electric cars are acquired by Athens

The municipality of Athens is entering the new era of electrification. According to a suggestion that is expected to be approved at the upcoming Municipal Council on Monday, the Municipal ...
Read more
IT HAPPENS IN ATHENS

Attica Region: Financial Support Program for Small and Very Small Enterprises - By 20/1 the submission of applications

The amount of 250.000.000 euros will be allocated through a special program by the Attica Region, utilizing the resources of the NSRF (Attica RDP 2014-2020), to grant ...
Read more
IT HAPPENS IN ATHENS

K. Bakoyannis for the vulgar banner that was hung at the University of Piraeus

"Here is. And it is not going anywhere ", wrote in a post the Mayor of Athens, Costas Bakogiannis about the banner with the vulgar content ...
Read more