"Ash and shadow" at the Theater of Odos Kykladon - Lefteris Vogiatzis 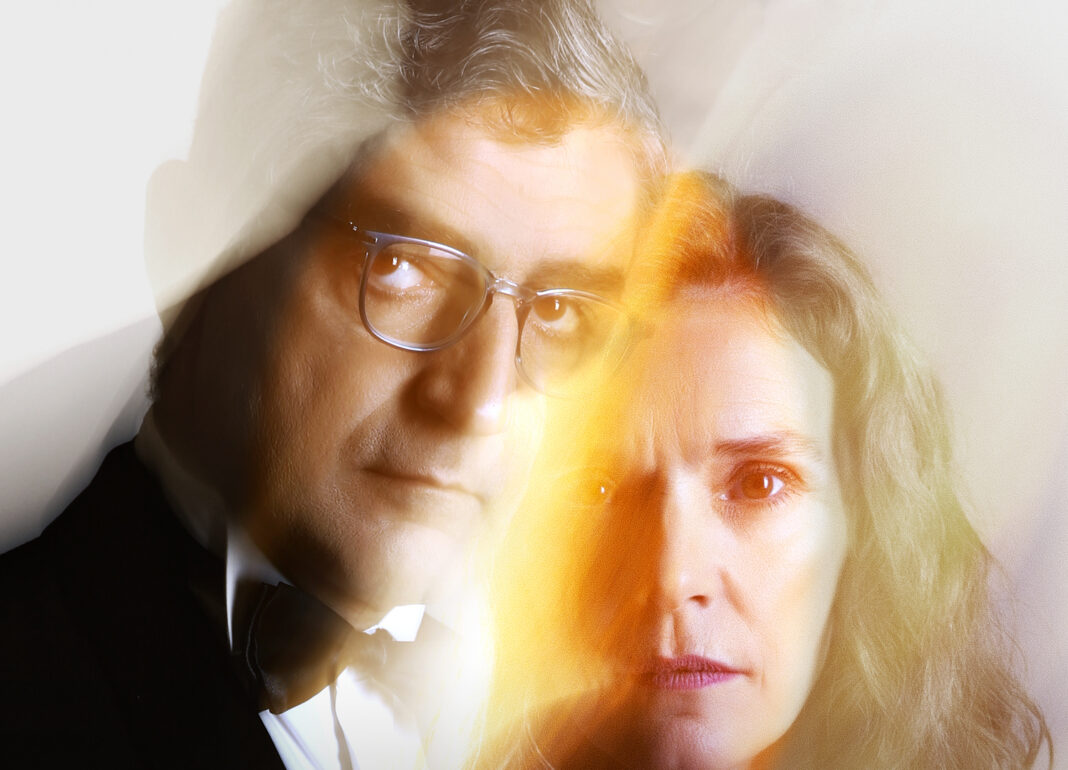 With the play "Ash and Shadow" the theatrical season for the Theater of Odos Kykladon - Lefteris Vogiatzis opens on October 23, marking the passage to its new era.

The Theater on Cyclades - Lefteris Vogiatzis Street, one of the most important and influential theaters of the Athenian scene, enters its new era and opens its doors on Friday 23 October.

Building bridges with the great history of its founder and with the gaze simultaneously facing forward, the cultural organization 'Twilight' of George Lykiardopoulos takes over for the next 10 years the historic theater of Kypseli.

The season is about to open, on October 23, the play Ash and Shadow by Harold Pinter directed by George Skeva and in the excellent translation by Jenny Mastoraki starring him Dimitris Imellos and Maria Skoula.

The play was first staged by Lefteris Vogiatzis in 2000 with Reni Pittaki and himself on stage. The films that were part of the show of 2000 were signed by George Skevas. Today, in the foyer of the theater, viewers will have the opportunity to watch before the start of the video-installation show with footage unpublished from the first upload of the project, 20 years later.

A FEW WORDS ABOUT 'ASH AND SHADOW'

A man and a woman.
Devlin and Rebecca. Both forties.
A couple, married or not,
in the last stage of a shattered relationship.
Two people.

A large room, the living room, in a house somewhere in England. The garden beyond. It is getting dark outside, while inside the lamps are shining brighter and brighter.

There is a world of icy, muddy cities, deserted docks, border guards, children who grab it by force from the arms of their manas. No one knows if we are in England or at the same time in Auschwitz, or anywhere else where the violence was, or really still is, part of the landscape.

Like most of Pinder's works, Ash and Shadow requires a comprehensive interpretation, while at the same time stubbornly resisting interpretations. It addresses more instinct and emotion than logic and thought.

For Pinder, after all, staff and politics have always been closely linked. In this work, however, they are more interconnected than ever.

THE THEATER PROGRAM FROM DECEMBER

The work-station of Russian drama 'Misfortune from the very mind' by Alexander Gribogedov will be presented in December 2020 at the Theater of Odos Kykladon, directed by Stathis Livathinos, with a selected 13-member troupe, mostly of young actors. This fundamental text was first uploaded by Lefteris Vogiatzis in 1986 and has never been presented in Greece since. The play marks the return of Stathis Livathinos to the free theater, as this is his first direction after his tenure as Artistic Director of the National Theater.

THE PURPOSE OF THE NEW AGE OF THEATER

Having with us artists with whom Lefteris Vogiatzis collaborated, the purpose of the new era of theater is to draw inspiration from his work and spirit, but also to create at the same time a repertoire with new performances and new artistic proposals. At the same time, the seminars and workshops of the "new SCENE" return dynamically, in which the way in which he worked is detected and in which artists who worked with him will teach, such as Amalia Moutousi, Nikos Kouris, George Skevas and others. .

End The utilization of the valuable and rare audiovisual archive of Lefteris Vogiatzis is planned which has been donated to the National Library of Greece, as well as the maintenance in the renewed warehouse of the theater of the valuable costumes, sets and publications of the 'Society of the Friends of the Art of Theater'. A legacy of historical, educational and artistic value, which will be realized by the 'Society of Friends of the Art of Theater' in collaboration with 'Twilight'.

Thousands of Iraqis, including many supporters of Moqtada al-Sadr, responded to the call of the Shiite leader and demonstrated today in Baghdad and other Iraqi ...
Read more
GREECE

Drama: An elderly man was found dead after a fire

The body of an elderly man was located by firefighters during the extinguishing of a fire on the ground floor in Agios Athanasios of the Municipality of Doxatos, Drama. According to the Fire Department ...
Read more
News Bulletin Athens 9.84

"The vast majority of Greeks and Turks want a peaceful settlement of the differences between the two peoples, on maritime issues such as the Aegean and the Mediterranean", ...
Read more