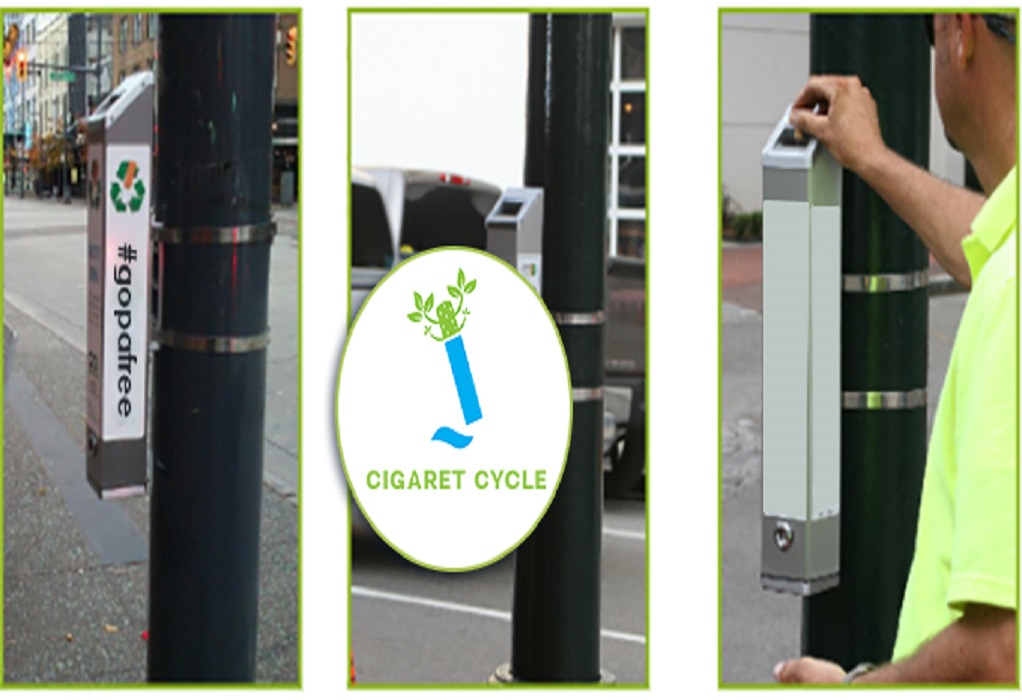 The "gopafree" action for the recycling of cigarette butts, implemented by AMKE Cigaret Cycle, is extended to Syros, with the installation of special recycling bins for cigarette butts in central parts of the island.

The action is implemented with the cooperation of the Municipality of Syros Ermoupolis, the Solid Waste Management Agency (FODSA) of the Municipality of Syros Ermoupolis and the company ONEX Neorion Shipyards, it is already applied both in central public spaces that have been selected, as well as in the shipyards. The bins were placed by FODSA, while the program has a reciprocal character, as the proceeds will be initially donated to the Association "Voluntary Blood Donation of Syros."

A total of 65 bins will be installed in Syros and the expansion of the program will take place at the beginning of the next summer season on the coastal front.

At the same time, bins were placed at the Syros shipyard, while special individual recyclable bamboo ashtrays with the slogan "gopafree" were given to the workers to remind them of the final destination of the cigarette butts that are collected in the special bins and recycled. The action and the important social message of recycling was presented at an important sporting event in Syros, during the friendly volleyball match between the A1 category teams, Finikas Syros ONEX and Olympiakos, said speaking in Athens 9.84, the co-founder and head of Cigaret Cycle , George Sakellariou.

And he continues, Cigaret Cycle welcomes in Syros the cooperation of public and private initiative that aims to transmit a social message to many recipients, to make recycling and cigarette waste a daily habit. Our goal is always to implement actions that are embraced by society, to be close to agencies and companies for the implementation of the "gopafree" program throughout Greece.

It is worth mentioning, he says, that in Greece 22 billion gopas end up in the environment every year, or 3.500 tons, a number very high in proportion to the population. 40% of them end up in the seas with huge impacts on marine ecosystems, biodiversity and of course human health, which is why the European Union has already issued a directive last year calling on its member states to join their national legislation a series of measures to address the problem.

Second, the collection by placing special bins. And the recycling of cigarette butts.

However, in Greece there is no possibility of recycling cigarette butts and we are forced to send the containers with gopas to France and Germany, he says, but from 2021 the separation will be done here, the paper and the tobacco residues through the composting will become an excellent fertilizer quality for floriculture, not for edible products because we are committed by the European Union, and the filter will continue to go abroad, as a raw material for industrial plastics.

As he clarified, part of the proceeds from the sale of recyclable material resulting from cigarette butts will be used to buy glasses and headphones to our fellow human beings with vision and hearing problems in order to recover their senses and improve their quality of life.

Finally, our allies in this initiative are the municipalities and companies that wish to adopt the project. The municipalities have started and are responding to the program, we are making a continuous effort and a constant struggle to be able to inform the municipalities and to proceed with collaborations because due to the situation created by the pandemic and the lockdown, a sharp brake entered our actions. We had a lot of plans, notes Mr. Sakellariou.