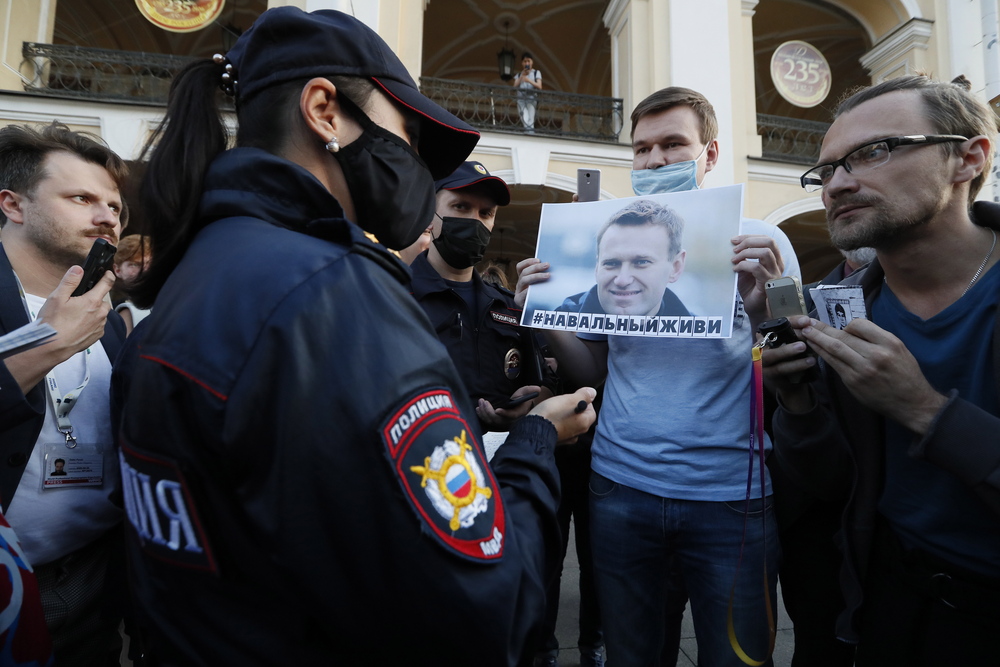 German doctors who traveled to the city of Omsk last night to transport Russian politician Alexei Navalny to Berlin for treatment said Navalny could be airlifted, the German activist group Cinema for Peace Foundation said today. .

"We have heard from a group of German doctors that they are able and willing to take Mr Navalny to Berlin and that this is also the wish of his family," the Cinema for Peace Foundation said in a statement.

"The Russian authorities have announced that they have consulted with German doctors and that it is not safe for him to be transported. That's wrong, "the statement said.

Alexei Navalny's spokeswoman Kira Yarmis, who is based in Omsk, where the opposition politician is being treated, categorically denied the head doctor of the Omsk first aid hospital, Alexander Murakhovsky, who after the medical council and German doctors agreed that Alexei Navalny should remain in hospital until his condition stabilized.

"It's a big lie. The German doctors, who are professional intensivists, after examining Alexei Navalny, concluded that they can be transported and that the equipment of the aircraft allows them to be transported safely and directly to Berlin to the Sharite University Hospital according to Yavlia Yulia's wish. Yarmis wrote in a twitter post.

Earlier, Alexander Murakhovsky, chief physician of the Omsk First Aid Hospital, said: "Another medical council has been completed with the participation of our colleagues from Germany. I can say that everything that is needed is done in the hospital, nobody objected, nobody said that we are not doing something. At present, he (Navalny) continues to be hospitalized until his condition stabilizes. "

Most Athenians say "yes" to compulsory vaccination over the age of 60, but some disagree with the imposition of an administrative fine of 100 euros on those ...
Read more