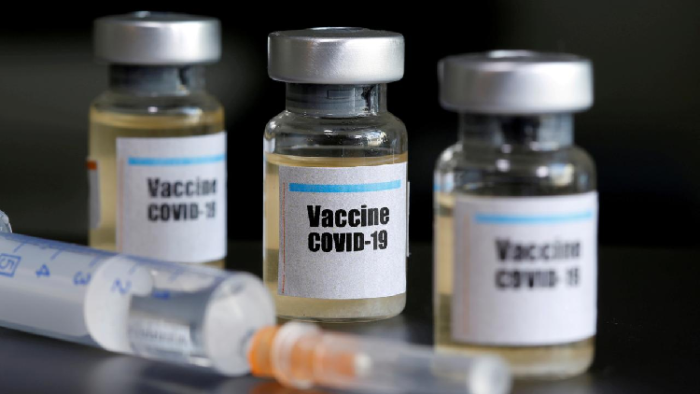 The assurance that Greece will receive its quota of coronavirus vaccines under its pre-purchase agreement concluded by the European Commission and the pharmaceutical company AstraZeneca, if the vaccine under development successfully passes the necessary tests, was given by Prime Minister Kyriakos Mitsotakis during the regular meeting on the evolution of the epidemic that took place on Wednesday morning.

Mr. Mitsotakis fully supported Vassilis Kikilias, calling on "those who rushed - as he said - to unjustly accuse the minister that he announced something that does not exist", to see the real data.
"The data at the moment is that there is a pre-purchase contract for a vaccine which we do not yet know if it will work, but we are quite optimistic that it will work," he said. "I was very impressed that some people rushed to me. too fast to challenge something that is essentially a European initiative. "

The prime minister stressed that this is one of the most promising vaccines against Covid-19 that is being tested, but sent a new alert message saying that "with the" reasonable optimism "that scientific progress gives birth, and until the vaccine arrives , there should be no complacency among the citizens, but instead all this should be accompanied by "increased vigilance".

The return of licensees
On the occasion of the return of summer licensees to urban centers, the Prime Minister stressed that the government has already announced a package of concrete measures to prevent the spread of the virus and added: "We are always ready to update and further strengthen these measures, always relying on in real data, which we publish every day with absolute transparency ".
He even referred to the "fake news that still appears on the internet", noting that it should be addressed "mainly through the personal stories of those who have seen in practice what a coronavirus means, how much damage it can do, to those who are in the first line and who wear their mask every day to protect themselves, but also their fellow citizens and the people they love ".
As he characteristically said, the stories of the people who fight against the virus every day will show the minority of Greeks who question the danger that the problem is real and must be addressed collectively by the citizens, and it is not a construction that fits difficult theories. conspiracy.
Epidemiological data

During the meeting, the epidemiological data were discussed and it was recorded that, based on the data from August 8 onwards, 70% of the domestic cases are in close contact with an already existing case. Element that helps the best tracking and the effort of encircling the cases to limit the spread in the community.

It was stressed that the situation is aggravated in specific holiday destinations and in this context, the Deputy Minister of Civil Protection and Crisis Management N. Hardalia announced the additional restrictive measures concerning Halkidiki and Mykonos.

The preparation and deployment of forces in the Health System were also discussed. On the occasion of the outbreak of cases, in specific health units, the need for strict recommendation to the hospital administrators was emphasized, for the strict observance of all the rules by the health personnel.