Vassilis Phoivos Axiotis: "On Monday morning the Athenians will see a new, wonderful University and a new Syntagma Square" 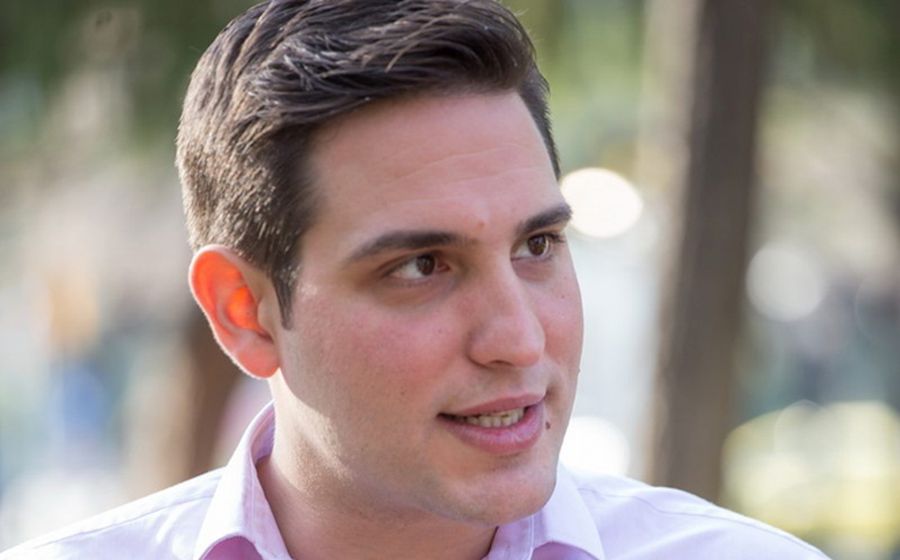 "On Monday morning the Athenians will see a new, wonderful University and a new Syntagma Square, the only thing that will be missing will be the palm trees, which will be placed during the week.
This was stated in Athens 9.84 and Maria Pavlou by Vassilis Phoivos Axiotis, Deputy Mayor of Urban Infrastructure and City Plan of the Municipality of Athens.

"Tonight we start the third phase of the pilot intervention of the big walk that includes the new configuration of Syntagma Square" he stressed.

At the same time, the traffic regulations aimed at the smooth passage of all vehicles will enter into force. Specifically, in Syntagma Square, the interventions concern the road section that connects Stadiou Street (intersection with Karagiorgi Serbias) with Filellinon Street (intersection with Mitropoleos) where a new additional space for pedestrians will be created on the right side of the traffic.

In particular, as stated by Mr. Axiotis, "We are going to increase the public space from the side of Karagiorgi Serbia to Ermou, by two car lanes and from Ermou to Mitropoleos by one car lane, as we will leave a recess for the MMM and a parallel bus lane for the buses. and trolleys. ”

Finally announced how the bus lanes will be activated soon, when the traffic is adjusted to the new regulations, at the same time with the operation of several new organized spaces and taxi waiting places.
In 15 days he added “the reaction of Karagiorgi Serbia so that there can be one legal taxi rank ”

Intense post-earthquake activity today in Arkalochori, with the largest earthquake being recorded at 11:12 with a focus two kilometers southwest of Arkalochori. The vibration was according to ...
Read more
News Bulletin Athens 9.84

The prosecutor of the Mixed Jury Court of Athens, Charalambos Mastrantonakis, attributed murderous selfishness, vile motives, moral smallness and revenge to the accused for the attack ...
Read more
CIVILIZATION

How to make cuts in widow's pensions

Reduced withholding amounts for widow pension beneficiaries from May 2016 onwards, who during the lapse of three years from the initial payment ...
Read more
5. WHAT WILL WE DO TODAY?

"The Drama Festival Travels" and after the organization in its natural space, the theaters of Drama, but also digitally, the International Film Festival ...
Read more
984

The prosecutor of the Mixed Jury Court of Athens, Charalambos Mastrantonakis, attributed murderous selfishness, vile motives, moral smallness and revenge to the accused for the attack ...
Read more
SPORT CITY

Panathinaikos: It is in danger of being punished with 2-4 games behind closed doors

The football prosecutor of the EPO exercised disciplinary action against PAE Panathinaikos, which is in danger of being punished with its headquarters. With the punishment of their headquarters, the ...
Read more

The signing of the Program Contract for the financing of the construction of the Urban Grove of Panorama Pallini, of an area of ​​approximately 60 acres, proceeded on Wednesday, October 20 ...
Read more
IT HAPPENS IN ATHENS

Sanitation protest in the center - Behind the movement

The traffic in the center of Athens is being carried out with obstacles due to the mobilization carried out by health workers in the context of their 24-hour strike against the obligation ...
Read more
984

Strangers attack at a student party in Zografou - Student injured

An attack by strangers in a cafeteria where a student party was taking place took place shortly after one o'clock at night in Zografou on Ulf Palme Street. The perpetrators having covered ...
Read more
984

Ring: What changes - Who are excluded

Details for the new ring, which returns to the daily life of Athenians from October 25, were given on Wednesday afternoon by the Ministry of Infrastructure and ...
Read more
IT HAPPENS IN ATHENS

On Saturday, October 30, World Day of Street Arts and Free Expression in Public Space, from 10 am, the park ...
Read more