Pakistan: At least two survivors of Airbus tragedy - What the pilot said before the crash

At least two passengers of an Airbus that crashed today in a residential area in Karachi were rescued, but authorities fear that most others have been killed and it is still unknown if there are any victims - and how many - among the people who were in their homes and on the street.

Dense smoke rises from the area where the PK8303 aircraft crashed. Parts of the dismantled fuselage are scattered on the road, between high-rise buildings and ambulances trying to pass through the crowd.

There are at least two survivors. Among them is Zafar Massoud, the president of the Punjab Bank, as announced by the government of Sindh province. The Bank clarified that its president has fractures but is conscious and "responding".

Hospitals in Karachi received 56 bodies from the area where the plane crashed. Simin Jamali, head of Jinnah Postgraduate Medical Center, said 37 bodies had been taken to the hospital. Another 19 bodies were received by Civil Hospital, a hospital official told Reuters.

Provincial Health Ministry spokesman Meeran Youssef confirmed to Reuters that at least 56 dead and two survivors had been confirmed.

"The plane first hit a mobile phone tower and then crashed into homes," said an eyewitness, Sakil Ahmed.

The Airbus A320 was flying from Lahore to Karachi. Domestic flights have just resumed in Pakistan, following the end of the new coronavirus pandemic. 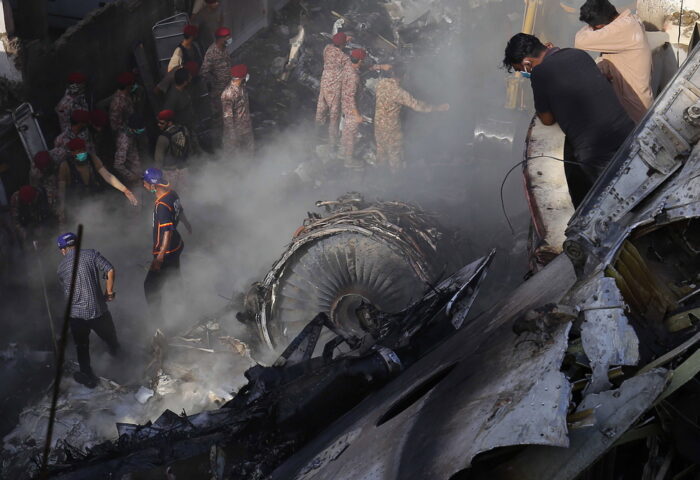 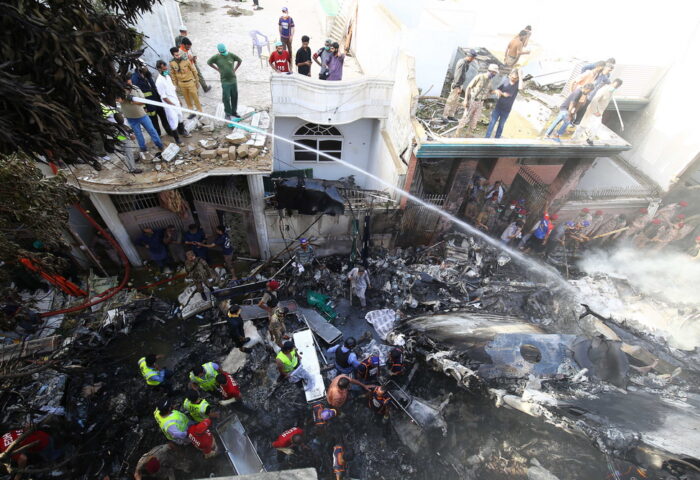 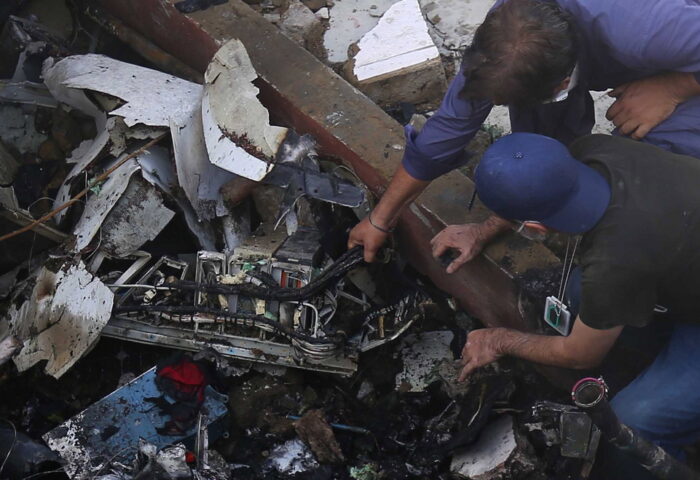 "We lost the machines"

The accident happened on the eve of the Muslim holiday of Eid, when many Pakistanis travel to visit their families.

The plane made a second attempt to land at Karachi airport. The pilot told air traffic controllers that he lost power from both engines, according to the recorded dialogue uploaded to the valid aviation monitoring site liveatc.net.

"We're going back, sir, we lost the machines," a male voice can be heard saying. The controller clears both runways of the airport for landing, but seconds later the same man shouts: Mayday! Mayday! Mayday !. Silence follows…

"The last thing we heard from the pilot was that he had a technical problem," said Abdullah Khan, a spokesman for the state-owned airline. "He was told from the airport that both runways were ready and he could land but he decided to make a turn (…) It is a very tragic event," he added.

Another senior civil aviation official told Reuters that he apparently failed to lower the landing gear on the first attempt due to a technical fault. However, it is still too early to determine the causes of the accident, he added.

Rescue crews, soldiers and aviation security specialists rushed to the densely populated area of ​​the accident. The next step will be to find the "black boxes" where the flight data and the dialogues between pilots and controllers are recorded. These data are considered crucial to determine the causes of the crash.

Indian Prime Minister Narendra Modi was one of the first leaders to express his condolences to the Pakistani government.

The worst air tragedy in Pakistan's history occurred in 2010, when an AirBlue crashed near Islamabad, killing 152 people.

The new laboratory confirmed cases of the disease that were recorded in the last 24 hours are 5.157, of which 11 were identified after checks at the gates ...
Read more
News Bulletin Athens 9.84

Thousands of people gathered today in Utrecht, in the central Netherlands, to protest the new anti-coronavirus restrictions, which came into force in ...
Read more