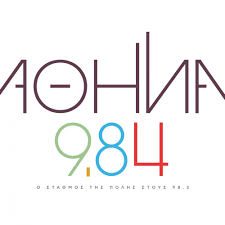 From the newspaper to the radio, with a short stop at the TV.

He graduated from the School of Political Science and Public Administration of the Law School of EKPA. He studied language at the Université Paris-Sorbonne and postgraduate studies at Essex University, where he received a Master of Arts in Political Behavior Analysis. She worked, at 902 Left on FM, in the newspapers Eleftheros Typos and Ethnos as editor-in-chief of International Affairs and was the Editor-in-Chief of the Athens News newspaper. He has been working non-stop in Athens 984 since 1991. [/ su_spoiler] [su_spoiler title = ”Athena Korlira” style = ”fancy” icon = ”arrow”]

Athena Korlira has been working for Athena 9,84 since 2005. For the last 12 years she has been in charge of the station's foreign language bulletins and broadcasts. In addition to foreign language bulletins, he specializes in international news, while he has covered many important international events for our station with reports and interviews.
Collaborates with foreign news agencies, such as CNN, BBC and RFI to cover major events in our country that are of international interest.
He has a degree in Economics from Boston University and speaks 3 languages: English, French and Italian. [/ Su_spoiler]

Dimitris V. Triantaphyllides (1959) has studied Philosophy and Theology and has been working as a journalist for the last thirty years. [/ Su_spoiler] 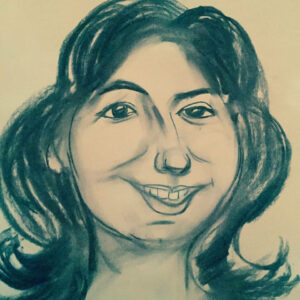 A child from another city who, however, made Athens a "home". Radio was my first big love as a baby sitter, with my mother letting it "play" over the crib, setting up games in "strategic" places so that I have the illusion that they are talking to me and singing to me and I am not alone. Journalism first caught my attention in adolescence, in a very strange way. On the one hand a documentary about the war correspondents and on the other a project in English, for which we had to create our own newspaper with fantastic interviews with real people. And probably because in my case the universe conspired, a few years later I managed to "marry" my first great love with adolescence and start a long-term relationship with "Athens 9.84", which continues to this day. [/ Su_spoiler]

I was born in Athens and since I can remember myself - & note that I remember him as an infant - I wanted to do sports. Daughter of an international volleyball referee and mother of a scorer in the same sport, I could not help but be involved in volleyball. The ball became the extension of my hand from an early age. I took my first steps in Panionios while I played in several other teams of the A1, A2 and B national team. After finishing school I worked for a short time as a model and at the same time I finished the school of Grafts fitness and personal training. Anxious spirit, however, that I was always - Aquarius, you see - I wanted to do journalism and especially sports. So I graduated from the school of sports reporting and immediately after that I had the good fortune to work in Teleasty and the Free Press. In 1999 I made my big steps in Athens 9.84 at the beginning in the sports department but then I was won over by the team of the portal where I work until today. And although I no longer play volleyball, I dedicate my free time to the greatest loves of my life, my two daughters, my dog, but also running. [/ Su_spoiler] 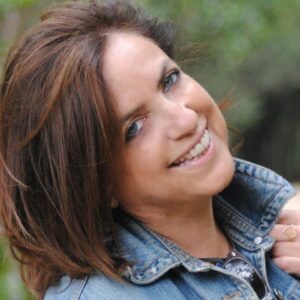 Newspapers, television, and radio are probably the greatest love so far. Somehow I remember almost my whole professional life… Anxiety to catch up with the printing house, to run the subject, to write the news… And where you think you have the experience from every Media the internet appears in your life… Another way of transportation of the news just as attractive and very decisive. At first unknown, then provocative and now just as beloved with the radio λοιπόν Behind the website of the first radio of the city… is hidden, for me, the magic of information… in its modern form… [/ su_spoiler] 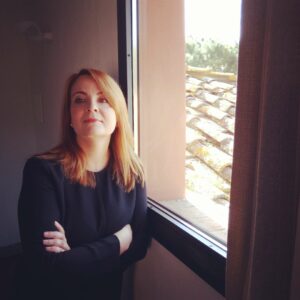 Alexandra Voudouri has been working in Athens for 9,84 since 2003. She covers the report of the Ministry of Foreign Affairs since 2005, as well as international issues. As part of Athens 9,84 surveys, he has conducted a series of interviews with European officials and foreign ambassadors to Greece. He has covered European Councils, United Nations General Assemblies, as well as visits by Foreign Ministers and foreign leaders to Greece. He has worked with various international media outlets, including the BBC. He speaks English, Italian and Spanish. He has studied at EKPA and holds a master's degree in Communication & Media (University of Cardiff). [/ Su_spoiler]

I was born in Canberra, Australia and at the age of eight I was with my family on my island, Casso, where I lived until I was 18 years old. Initially, I studied as a radio operator - Marconi, to travel almost all over the world with Merchant Navy ships.
After the army I built the first FM radio station on the island. "Radio Fantasia". It was the motivation and reason for me to study radio, communication and journalism in New York. There I started working professionally on the expatriate radio Cosmos Fm, as well as other stations in the American big city. Later I am in Athens and the newspaper TA NEA, as well as on Athens International Radio of the Municipality of Athens and then on VIMA FM.
Today I am here, in the city station ATHENS 9,84 and I continue to serve the radio that I always love, as it is the medium that expresses me, while at the same time I am in the team of the station site, for the information of its listeners.
I have a son, Manos and I continue the journey of information, radio and life… [/ su_spoiler]

The magic of journalism has always fascinated me. From a young age I believed that I could somehow change the world. Somewhere in the back of my mind, you want from intuition, you want from strangeness, I thought this space suits me ται

In these critical moments, then, we journalists must reconsider our position and reflect on the enormous responsibilities we have. Towards us, in society, in our homeland.

As ministers of information and guided by the timeless saying, "publishing is the soul of justice", we owe it… to reconsider our attitude and reflect on what we are doing.

Journalism has now entered a new era, with the Internet playing a prominent role in the flow, coverage and transmission of news.

Personally for me, I feel very proud to be and consciously serve the field of journalism, through ATHENS 9.84.

At first the night shift - in which I have been for two years - somewhere bothered me, and I was wondering, now what do I do?

A four-and-a-half-year-old girl who lived in the Roma settlement of Agios Raphael was taken to the pediatric clinic of the General Hospital of Serres dead. As announced by ...
Read more
SPORT CITY

AEK prevailed with a score of 2-0 of Apollon Smyrni in OAKA in a match that ended the 25th game of the Super League. With victory...
Read more
COVID-19

The cause of death of the infant who lost his life will be shed by the necropsy - autopsy that was requested to be done by ...
Read more
SPORT CITY

On the occasion of the celebration of Women's Day, Sofia Bekatorou recorded her thoughts in a post on her instagram profile. The Olympian ...
Read more
COVID-19

ICUs are filling up in France

The number of patients with Covid-19 hospitalized in intensive care units in France reached a 14-week high today, at 3.849, with ...
Read more
News Bulletin Athens 9.84

The "green light" in the administration of the Astra Zeneca vaccine for people over the age of 65 was given today by the Ministry of Health, during ...
Read more
COVID-19