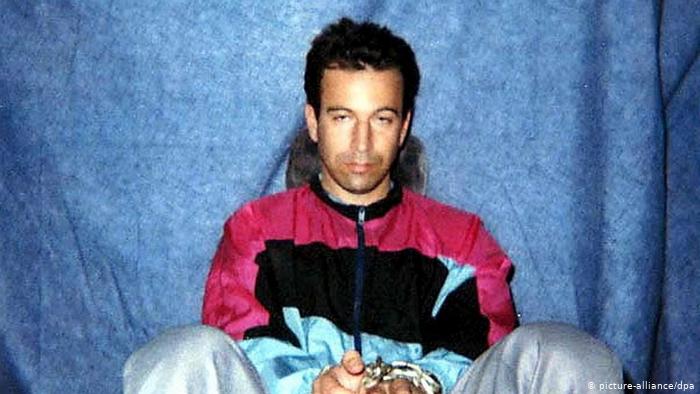 The four men who spent 18 years in prison for the 2002 murder of American journalist Daniel Pearl have been re-arrested after a Pakistani court acquitted three of them and overturned the fourth death sentence, the Pakistani government has announced.

"All the accused in this case have been arrested and detained (…) for a period of three months pending an appeal to the Supreme Court," the interior ministry said, meaning they would remain in jail.

"The Government of Pakistan reiterates its commitment to uphold the legal procedures in place in the country to hold terrorists accountable," the statement said.

The Supreme Court of Sindh, whose provincial capital is Karachi, commuted the death sentence of Omar Sheikh, a British extremist also known as Ahmed Omar Said Sheikh, to seven years in prison and acquitted his other three co-accused.

The decision was criticized by the State Department, calling it an "insult to the victims of terrorism around the world."

In fact, last Friday night, US Secretary of State Mike Pompeo wrote on Twitter that the US "continues to honor the legacy of the brave journalist and to demand justice for his violent murder."

At least four people have been convicted in connection with the murder of 38-year-old Daniel Pearl, including British-born Ahmed Omar Said Sheikh, who was sentenced to death in 2002 as the "mastermind" behind the murder. He was in prison for 18 years awaiting the outcome of an appeal.

Pearl was abducted in January 2002 while conducting a journalistic investigation into militant Islamists in Karachi following the September 11, 2001 attacks on the United States. A few weeks later, a video of his murder was released.

The British-born Sheikh, who studied at the London School of Economics, was arrested in India in the 1990s for his involvement in the 1994 kidnapping of Western tourists.

He was one of three released from an Indian prison after Islamist militants hijacked an Indian Airlines plane in late 1999 and flown it to Afghanistan, where the then-ruling Taliban helped negotiate an exchange.

However, an independent investigation that lasted three years as part of the "Pearl Project" had concluded in 2011 that Pakistani justice had erred, with the four convicted of the murder not even present at the journalist's execution.

According to Asra Nomani, a former colleague and friend of Daniel Pearl, who led the investigation, Khaled Sheikh Mohammed (KSM), the self-proclaimed mastermind of the 11/XNUMX terrorist attacks in the United States, he was the one who executed the journalist.

The KSM, arrested in 2003, is being held at the US base at Guantanamo Bay in Cuba. A psychologist who examined him said that the prisoner confessed that he beheaded Daniel Pearl.

The Undersecretary of Health, Zoe Rapti, visited the General Hospital of Rethymno today, where she held a wide-ranging meeting, in which the Administration of the 7th RAE and ...
Read more
News Bulletin Athens 9.84

He pointed out the geopolitical dimension of energy and the role that the Eastern Mediterranean can play as an alternative source of energy security in Europe, ...
Read more