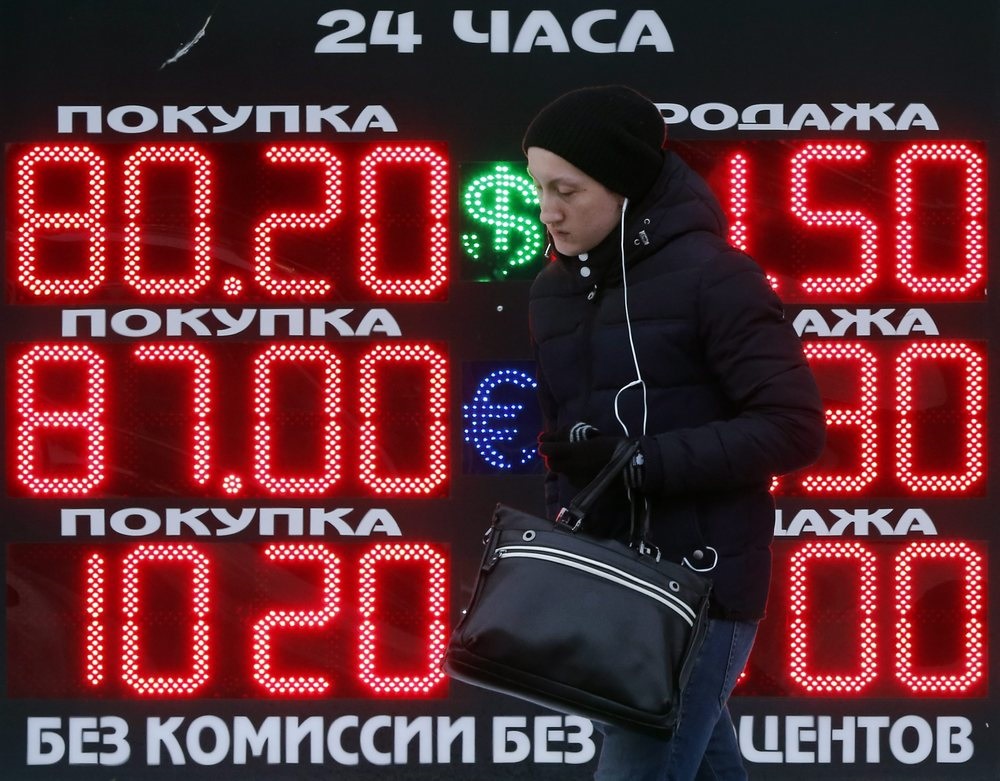 The Russian stock market collapsed today after the announcement of the World Health Organization and the decision of the United States to ban travel from Europe. The Moscow Stock Exchange index collapsed by 8,2%, reaching 2.286,4 points, while the RTC index by 11,03%, reaching 966 points.

The price of the dollar strengthened against the ruble by 3%, with the result that one dollar was sold for 75,15 rubles, while the euro strengthened by 1,13% reaching 83,08 rubles.

Otkritye Broker chief analyst Andrei Kochetkov points out that "the logic of panic-based sales will continue to operate in the market as the situation abroad deteriorates."

"In general, all this can continue until the next meeting of the Fed, where the decision may be made to reduce the key interest rate to almost zero," said Kachetkov.

According to the chief analyst of Promsviazbank Bogdan Zvaric, the risks of the continuation of the negative dynamics and the possibility of the fall of the Moscow Stock Exchange index to new lower levels remain high.

According to analysts at Promsviazbank, by the end of the week the exchange rate of the dollar against the ruble may stabilize at 70-75 dollars.

Foreign Minister: Greece condemns the terrorist attack in the Mahmur region of Iraq

Germany: Five dead, including three children, were found in a house in Berlin

The Prime Minister of Denmark apologized today, after the amateur lens recorded her not wearing a mask in a store, unlike ...
Read more