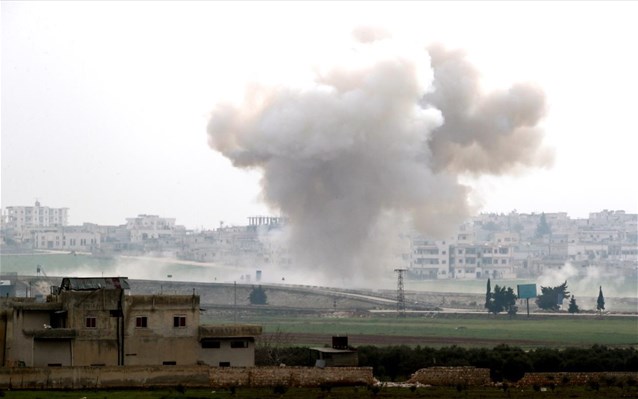 A Russian Defense Ministry spokesman today accused the Turkish armed forces of failing to meet their obligations in the Syrian province of Idlib under an agreement between Moscow and Ankara that not only do not create a demilitarized zone, but help "terrorists".

Russian Defense Ministry spokesman Lt. Gen. Igor Konashenkov complained that the "terrorist" strongholds were practically united with those of the Turkish army in Idlib and that the attacks on the Hamaim base airport used by the Russian armed forces on a daily basis.

Lt. Gen. Konashenkov recalled that Western countries as well as the UN had welcomed the signing of the Sochi agreements between Russia and Turkey in 2018, which provided for the creation of the so-called de-escalation zone. He recalled that Ankara had pledged to ensure that the "terrorists" retreat to a depth of 15-20 km, as well as to remove heavy artillery from the area.

"Instead, the result after 18 months" that this agreement is supposed to be implemented was Hayat Tahrir al-Sam, the Islamic Party of Turkestan and Horad ad Din, organizations "recognized by the UN as terrorist" to be pushed back. all the fighters of the so-called 'moderate opposition' to the north, to the border (of Syria) with Turkey. "The strongholds of the terrorists were united with the Turkish observation posts provided for in the agreement," the Russian official said.

"Attacks and mass bombings" with guns, unmanned aerial vehicles and other means of "peaceful communities and the Russian Khimim aircraft base were a sporadic daily occurrence," Igor Konashenkov added.