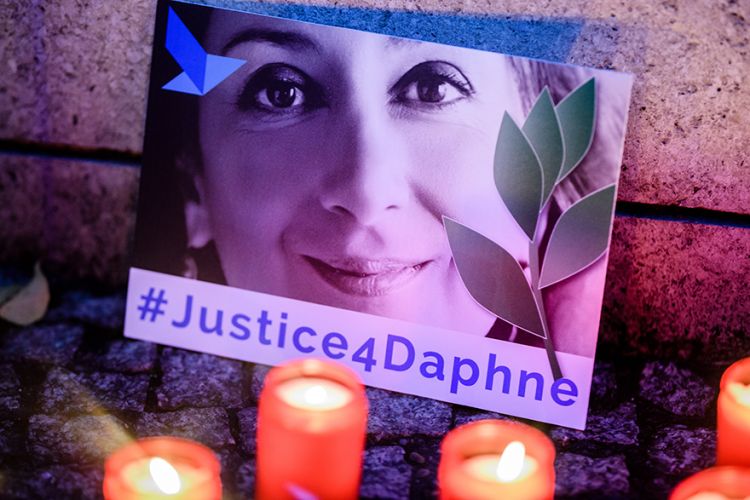 A Maltese businessman arrested as a "figure of interest" in the investigation into the murder of journalist Daphne Caruana Galicia was released under police surveillance on Thursday night and re-arrested on Friday.

The prominent businessman was arrested when his yacht was intercepted shortly after its departure from a Maltese port, in the early hours of Wednesday morning. Under current law in Malta, those arrested must be charged within 48 hours or they will be released.

"If a person is taken to court, he can not be questioned further by the police and, in this case, the police want to interrogate him further," Muscat told reporters.

"Researchers are not heroes one minute and donkeys the next. "They know what they are doing, they have more questions and they need time to ask them," he said.

But a little later yesterday morning, the police searched Fenech's yacht. Sources told the Times of Malta that the businessman was detained for the second time after the search on his boat and added that investigators now have until Sunday morning to indict him.

Caruana Galicia, one of the most well-known investigative journalists in Malta, was killed by a bomb while leaving her home on October 16, 2017.

Three men are awaiting trial for setting off the bomb. Authorities have yet to determine who ordered the assassination, which shocked Europe and raised questions about the rule of law in Malta.

Fenech was the head of a company that is one of the main shareholders of a gas plant that was built after winning a state contract.

A Reuters investigation has also revealed that he is the owner of a company called 17 Black, which was named in emails that it was the channel for depositing money in secret company accounts in Panama of Tourism Minister Conrad Mitchie and Prime Minister Keith September.

Mitsi was Minister of Energy when he was awarded the contract to build the plant. It is not known if money really changed hands. Mitchie and Sempri deny doing anything reprehensible and Muscat has repeatedly rejected requests for their expulsion.

Caruana Galicia had revealed the existence of 17 Black and Pan-American companies owned by Mitsi and Sempri, although when he was killed it was not yet known that Fenech was behind 17 Black.