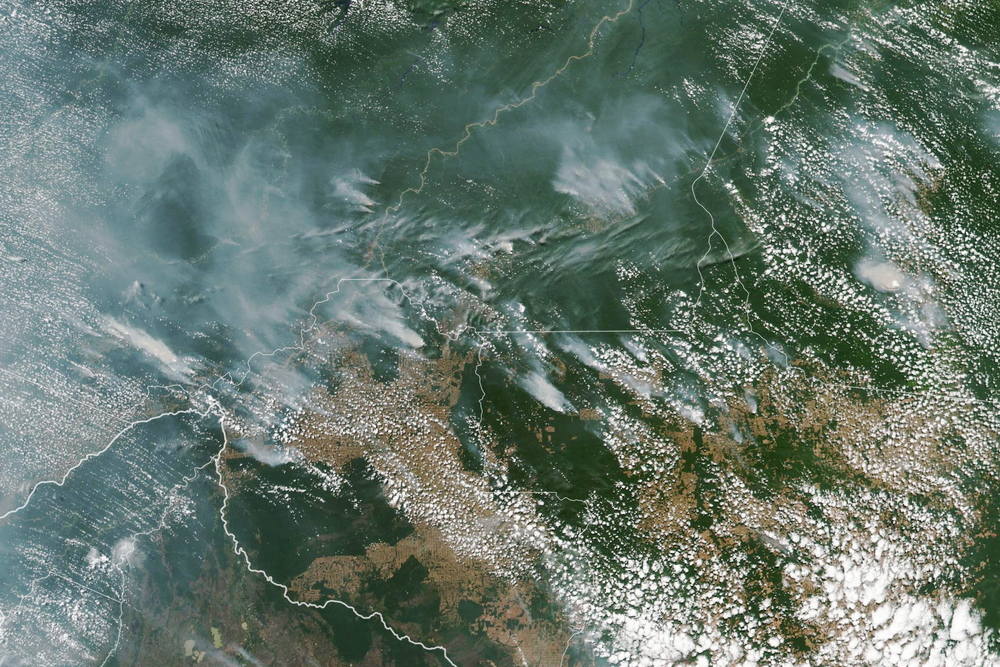 Colombian President Ivan Duce called on the international community to help protect the Amazon as hundreds of new wildfires broke out in Brazil on Saturday.

"I appeal to the international community to understand that in addition to words, the means and scientific support are needed to preserve our lungs in the Amazon," Duque said.

After a telephone conversation with Brazilian President Zaich Bolsonaro, the Colombian president clarified that the resources will also be used to fight international crime linked to the illicit trafficking of animals "in the lungs of the planet."

Duke added that he would urge countries in the Amazon rainforest to adopt a "joint declaration" to protect the biodiversity of the world's largest rainforest.

In addition to Brazil and Colombia, the Amazon rainforest extends to Peru, Bolivia, Venezuela, Guyana, French Guiana, Suriname, and Ecuador.

In 2018, Colombia lost 1.970.000 acres of forest due to deforestation, one of the main causes of wildfires in the Amazon.

About 1.663 new fires broke out between Thursday and Friday, according to the Brazilian National Space Research Institute (INPE). Bolsonaro on Friday gave permission for the army to deploy to fight fires and crime in the region, but said the fires could be used "as a pretext" for international sanctions.

In Bolivia, meanwhile, 9.500.000 acres have been burnt by wildfires in the country, according to official figures released by authorities, despite efforts by firefighters and water drops with a Boeing Supertanker 747-400.

Clive Rosa, director of the Forest and Land Service (ABT), said the area affected by the fires in Bolivia now reached 9.500.000 acres, with the blaze destroying 32% of the Tsikitano forest, which affected 1.871 families. in 11 communities and 35 indigenous villages.

Presidential Minister Juan Ramon Quintana, however, welcomed the bombing of the bomber. After extinguishing a fire in the mountains near the Ipia region of eastern Bolivia, Boeing will undertake to extinguish the remaining fires in Tucavaca, Pantanal, a valley that stretches into Bolivia, Paraguay and Brazil.

Ewaldo Guzman, a forester in Robore (southeast), said only two of the ten outbreaks in the area remain active and are under control. He clarified that groups of volunteers are working to avoid the creation of new outbreaks. "We expect rain on Monday or Tuesday," he added.

For his part, Bolivian President Evo Morales on Friday called on the countries participating in the Amazon Partnership (ACTO) to hold an emergency meeting to discuss the future of the Amazon.

AEK was caught in the "tweezers" of Financial Fair Play. According to an announcement by UEFA, violations of the "Union" were certified for the period 2014-18. This development ...
Read more
GREECE

Reservations were expressed by the Administrative Plenary Session of the Council of State for two provisions of the government bill which changes the data of education and ...
Read more
News Bulletin Athens 9.84