Putin-Erdogan-Rohani meeting on Syria in August 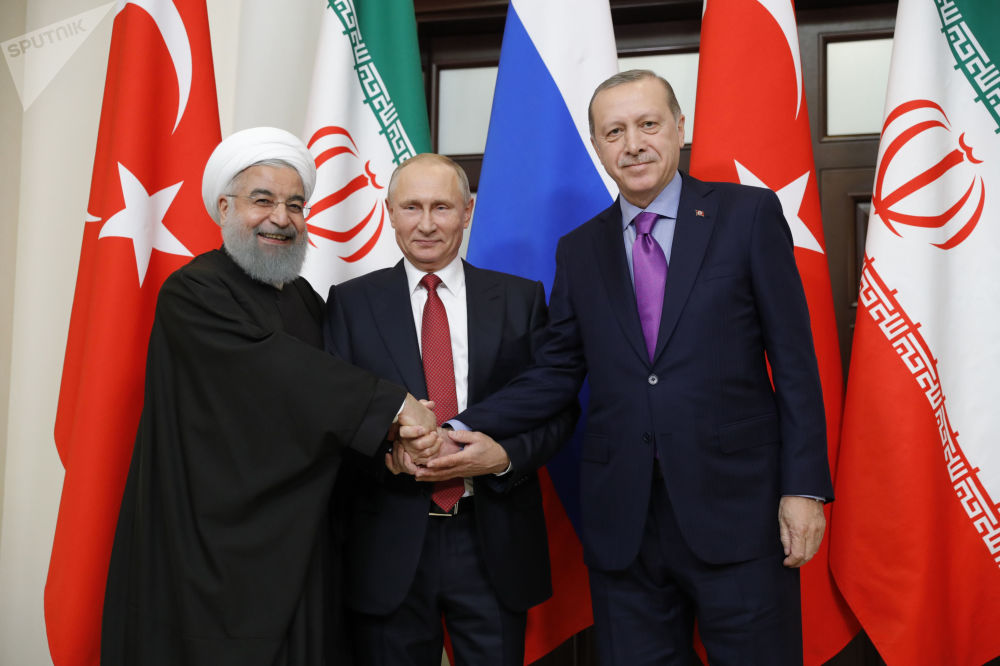 The leaders of Turkey, Russia and Iran will meet again in August to discuss tensions in war-torn Syria.

The summit will take place in Turkey next month, Turkish Presidency spokesman Ibrahim Kalin said on Thursday. Moscow has confirmed the summit, but the exact date has not yet been officially announced.

The three countries have hosted several similar meetings in the past, which usually do not lead to tangible results.

Kalin added that "in two months" there will be another summit, this time a quadripartite one, this time with the participation of Germany, France and Russia, according to the Turkish state news agency Anadolu.

The leaders of Turkey, Germany, France and Russia have agreed to hold the summit on the sidelines of the G20 summit in late June, Kalin said, according to Anatoli.

A first meeting with this composition for Syria took place in October 2018, when the German Chancellor had traveled to Istanbul for this purpose; the new meeting is also expected to take place there, according to the same source.

In February, Russian President Vladimir Putin hosted a tripartite meeting with Turkish counterpart Recep Tayyip Erdogan and Iranian counterpart Hassan Rouhani to discuss the search for a long-term solution to the crisis.

Russia, which like Iran backs the government of Syrian President Bashar al-Assad, has mediated with Turkey, the patron saint of some rebel groups fighting the Syrian regime, to conclude a "de-escalation" deal in the northwestern province of Iman. adjacent to Turkish territory, and to prevent the launch of a large-scale operation against jihadists and insurgents in the area, which could push hundreds of thousands of young refugees to the other side, on Turkish soil.

But this agreement was never fully implemented, as the jihadists did not abide by it, and by the end of April, Syrian and Russian forces began mass bombing of Idlib, the last major stronghold of the opposition in Syria.