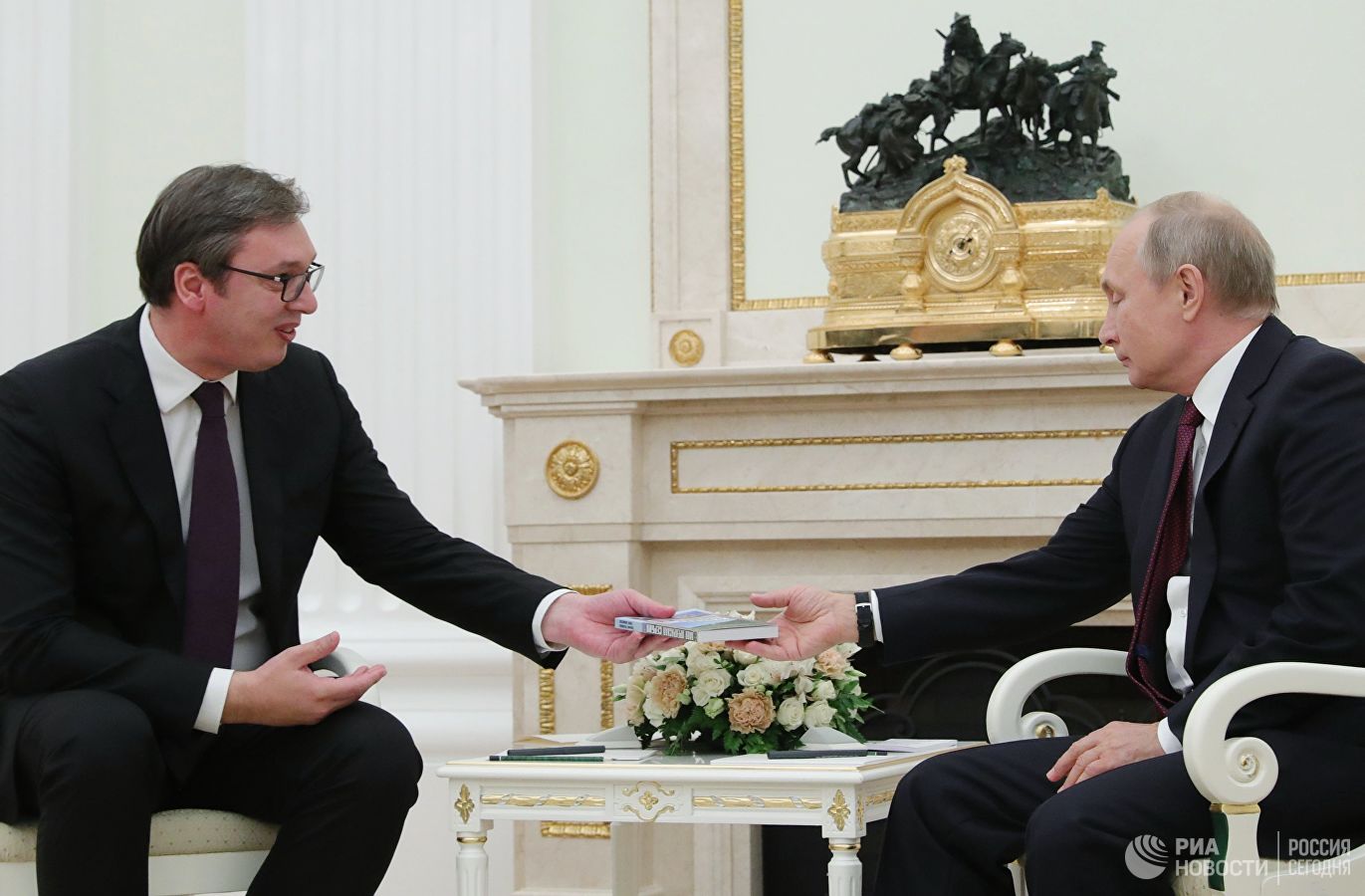 At the Serbian airspace, the Russian presidential aircraft will be preceded by a Russian-built MIG-29 squadron purchased by the Balkan country as part of a bilateral program of military and technological co-operation.

According to the visit schedule, which was announced simultaneously in both capitals, the Russian president will meet with his Serbian counterpart Alexander Vuτςiτς, with whom he will have talks on a number of bilateral issues.

In this context, the two leaders will sign about 20 documents, which will seal their willingness to cooperate in new areas.

Sources close to the Kremlin told reporters that these are new agreements and not an extension of old ones.

The main dish on the menu, however, will be the construction and passage of the Turkish stream oil and gas pipeline, a Russian plan to expand the pipelines for energy raw materials, targeting European markets.

During his visit, the Russian president will present the "Alexander Nevsky" medal to his Serbian counterpart and visit the monument to Soviet soldiers who took part in the liberation of Yugoslavia from the Nazi yoke.

According to Serbian newspapers, Aleksandar Vucic will present the Russian president with a shepherd dog from Kosovo and ask him to mediate in the de-escalation of tensions between Serbia and Kosovo, which is one of the preconditions for its future accession. his country in the European Union.